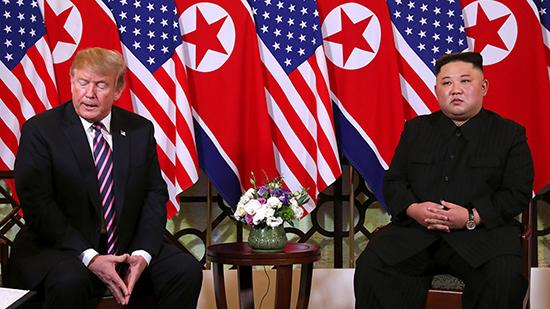 Russia  Today
The White House has said that no deal was reached during the summit between Donald Trump and Kim Jong-un in Hanoi. Their meeting was cut short, with both leaders leaving early without holding a signing ceremony.

Trump and Kim were seen leaving the Metropole hotel separately, almost two hours before they were expected to conclude their meeting and hold a signing ceremony.

Speculation over what transpired was quickly put to rest after the White House stated that no deal had been reached “at this time.” Journalists are currently assembling for a hastily-organized press conference to be debriefed by Trump about what happened.