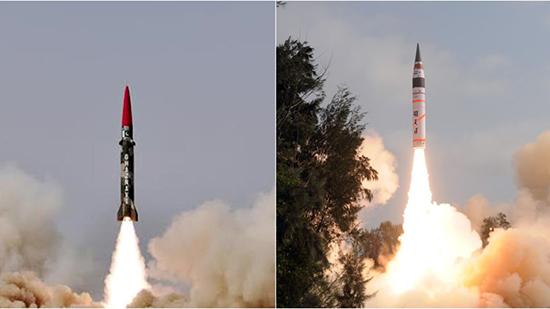 Russia  Today
The reignited tensions between India and Pakistan were accompanied by air combat and cross-border shelling. And there is divided opinion on whether the spark can trigger a full-fledged war, RT has learned.

There remains the risk that the tensions between two bitter rivals will result in the worst-case scenario, Sultan Mehmood Hali, a retired group commander of the Pakistan Air Force, told RT.

“If pushed against the wall… Pakistan will be forced to retaliate with nuclear weapons, which could, of course, lead to very serious destruction in the region,” he said.

On Wednesday, India said that it shot down a Pakistani fighter aircraft and lost its own jet while fending off an attack on its military installations. Islamabad claimed it downed two Indian aircraft and denied losing any of its jets.

The flare-up, accompanied by reports of cross-border mortar fire, happened a day after India sent a dozen jet fighters to bomb what it claimed were terrorist camps on Pakistani soil.

“We don’t want this to escalate to mutually assured destruction,” Hali said, while admitting that his nation would be at a disadvantage in an all-out fight.

“India is the superior power. Its armed forces are three times the size of Pakistan’s. Its economy is much broader. It can sustain a lot of hits,” the Air Force veteran said.

“Pakistan, being the weaker country, will be on the receiving end.”

Agreeing with the last point, the former foreign secretary of India, Kanwal Sibal, noted that Pakistan is in “no position to have an all-out war unless it wants self-destruction.” The Muslim-majority country is in the midst of “a terrible financial crisis,” seeking assistance from the World Bank, the ex-diplomat said.

He added that the US and Pakistan’s longtime ally in the region, China, called on the parties to maintain restraint, but the nation “disregarded that.” Speaking to RT, Harsh V. Pant, professor of international relations at King’s College London, noted that the politicians in New Delhi and Islamabad are not “so suicidal” to push a conflict “to a nuclear level.”

I don’t think it is in the interest of both sides to take it beyond a certain point, given that both are nuclear-weapon states. After the initial bout of instability… we will find equilibrium.

Professor Pant said that India “was cognizant of the risks” when conducting Tuesday’s air raid over its neighbor’s territory. Pakistani-based jihadist group Jaish-e-Mohammed (JeM) has stepped up attacks across the border in recent years, including a convoy bombing two week ago, which killed 44 Indian police officers.

“The feeling in India after being struck every single year and month with terrorism is ‘enough is enough,'” he said.

“India has now put the ball squarely in Pakistan’s court.”

The government in New Delhi justified the airstrikes on Pakistan’s territory by claiming that Islamabad doesn’t do anything to combat terrorists.