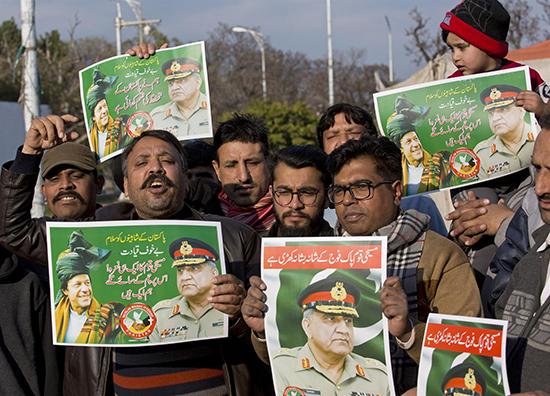 Pakistan has closed its airspace and several airports in India were also shut down after claims of shooting down of each other’s fighter jets on Feb. 27, media and officials said.

Pakistan’s Civil Aviation Authority said that all international and domestic flights from the country’s major airports — including Karachi, Peshawar, Lahore, Faisalabad, Multan and Sialkot airports — had been suspended for an indefinite period.

The Indian government, for its part, has shut down four airports close to the India–Pakistanborders, local media and officials said.

Those airports which were closed include Srinagar, Jammu, Leh (in Jammu & Kashmir) and Amritsar in Indian State of Punjab.

“While the official did not specify the nature of the emergency, it is believed the step was taken in view of an IAF jet crashing in Budgam district this morning,” the PTI report said.

Pakistan army on Feb. 27 claimed that the country’s air force has shot down two Indian fighter jets that crossed into Pakistani territory.

Meanwhile, Indian Today, a broadcaster, claimed in a report that Indian forces have shot down a Pakistani F-16 that “violated Indian airspace”.

The tension between the two nuclear neighbors has raised since a suicide car bombing by Pakistan-based militants in Indian-controlled Kashmir killed at least 40 Indian paramilitary police on Feb. 14.

India said its jets intruded into Pakistan‘s airspace on early Feb. 26, claiming that “several terrorists” were killed in preemptive action on the Jaish-e-Mohammed (JeM) camp inside Pakistan.

The Pakistani civil and military officials have rejected the claim.

“We do not want escalation, we do not want to go towards war,” Pakistani Major General Asif Ghafoor told on Feb. 27 a press conference in the garrison city of Rawalpindi, calling for talks with New Delhi.

The Indian foreign minister had sought to ease the situation on Feb. 26 by downplaying the strikes, repeating Indian claims that it had been a pre-emptive assault against further suicide attacks planned by JeM.

“India does not wish to see further escalation of this situation. India will continue to act with responsibility and restraint,” Sushma Swaraj said during talks in China with her counterparts from Beijing and Moscow.