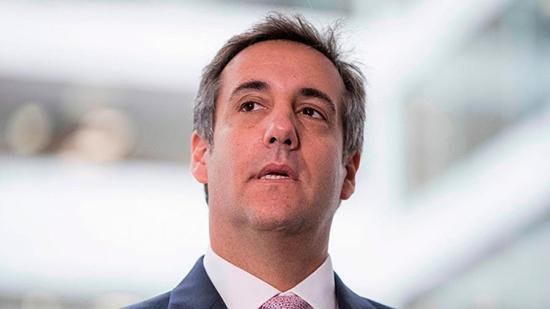 Michael Cohen showed he learned some tricks from his former mentor.

The key to Donald Trump’s political career has been his ability to keep control of the news conversation. Sometimes that involves positive stories; more often, it involves outrageous or negative ones. But either way, the effect is to keep Trump at the center.

The president’s control of the conversation is not absolute. He has sometimes been shoved aside—by Special Counsel Robert Mueller’s filings, by authors like Michael Wolff and Bob Woodward, or by natural disasters. But on Wednesday, something different happened: One of his political opponents was able to grasp control of the story.

Not only was the man who grabbed the spotlight Michael Cohen, whom Trump has called a “rat.” All the more upsettingly for the president, it happened while he was out of the country, at a summit in Vietnam, and in the middle of the night his time. Throughout the day on Wednesday, Cohen held the media’s attention, and he did it to great effect—creating new problems for Trump on multiple fronts.

Most of the damage came from Cohen’s prepared opening remarks, which leaked to the press over night. Cohen, who worked for more than a decade for Trump in an all-purpose “fixer” role, made a series of big claims. The public already knew the broad outlines of the hush-money agreements under which Cohen paid women who alleged they had sexual affairs with Trump, but Cohen offered new details. Notably, he testified that Trump made reimbursement payments to him since taking office, which would represent a crime. And Cohen brought a Trump check to prove it.

Cohen is headed to prison in May, serving three years for bank fraud, tax evasion, and lying to Congress. But on Wednesday, Cohen said he lied to lawmakers at Trump’s behest, trying to obscure when a Trump building project in Moscow really ended. Cohen did not confirm a BuzzFeed report from January saying the president explicitly told him to lie. But he nonetheless implicated Trump in his choice, describing a mafia-style wink-and-nod agreement. “Mr. Trump did not directly tell me to lie to Congress,” Cohen said. “That’s not how he operates.”

Britain Must Learn from Burma Bloodbath