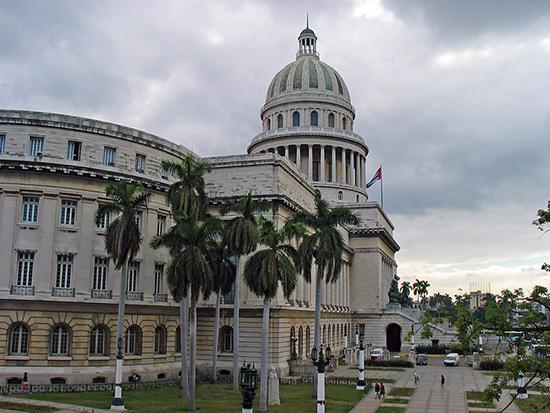 The Trump administration is threatening to unleash a flood of lawsuits involving Cuba, which no U.S. president has ever done. It has set a deadline of March 2 to announce whether it will create, in the words of the National Lawyers Guild, “a second embargo” of Cuba — “one that would be very difficult to dismantle in the future.”

President Donald Trump may give current U.S. citizens standing to sue in U.S. courts even if they were Cuban citizens when the Cuban government nationalized their property after the 1959 revolution. They would be able to bring lawsuits against U.S. and foreign companies that allegedly profit from the nationalized properties.

In accordance with international law, the Cuban government had offered compensation to U.S. nationals for the taking of their property, as I explain below. If Trump permits myriad new lawsuits to proceed, it would unleash a tsunami of litigation that would harm U.S. companies and punish the Cuban people even more.

For 59 years, the United States has maintained a cruel embargo. “The embargo on Cuba is the most comprehensive set of U.S. sanctions on any country, including the other countries designated by the U.S. government to be state sponsors of terrorism — Iran, North Korea, Sudan, and Syria,” according to the U.S. government.

In 1960, the Eisenhower administration declared a partial trade embargo in an attempt to pressure Cuba to change its form of government. The embargo was prompted by a secret State Department memorandum that proposed “a line of action which, while as adroit and inconspicuous as possible, makes the greatest inroads in denying money and supplies to Cuba, to decrease monetary and real wages, to bring about hunger, desperation and overthrow of government.”

This type of action is illegal under international law, according to Idriss Jazairy, the U.N. special rapporteur concerned with the negative impact of sanctions.

“Coercion, whether military or economic, must never be used to seek a change in government in a sovereign state,” said Jazairy. “The use of sanctions by outside powers to overthrow an elected government is in violation of all norms of international law.” That includes the Charter of the Organization of American States and the Charter of Economic Rights and Duties of States.

Nonetheless, President John F. Kennedy expanded the embargo in 1962 and every U.S. president since has continued it, hurting the Cuban people, but not succeeding in overthrowing Cuba’s government.

In 1996, President Bill Clinton signed the Helms-Burton Act, which codified the embargo into law so that no president could unilaterally lift the sanctions against Cuba. Although President Barack Obama took some limited steps toward normalization of relations, Helms-Burton would have prevented him from lifting the embargo.

After the Cuban Revolution, the new government led by Fidel Castro nationalized the property of Cuban nationals, many of whom then fled the country and emigrated to the United States. Helms-Burton contains a notorious provision in Title III that allows private lawsuits against U.S. and foreign entities for allegedly “trafficking” in property confiscated in Cuba since 1959. “Trafficking” as defined includes knowingly engaging in a commercial activity or otherwise “benefitting from confiscated property.”

Every U.S. president beginning with Clinton has delayed the implementation of Title III by waiving its provisions in six-month increments. Clinton put Title III “on hold because it triggered immense opposition from U.S. allies, whose companies operating in Cuba would become targets of litigation in U.S. courts,” American University professor and Cuba scholar William M. LeoGrande wrote in The Conversation.

Clinton’s waiver was also motivated by the European Union’s filing of a complaint against the United States in the World Trade Organization and adoption of a statute that forbids EU members and their firms from complying with Title III.

Thus far, the Trump administration has followed suit with three six-month waivers. But on Jan. 16, the president waived Title III for only 45 days, from Feb. 1 to March 17, while his administration conducts “a careful review” of whether to allow the provision to go into effect. He will announce his decision by March 2.

If Trump does activate Title III, it would be the first time since Helms-Burton was enacted. It would tie up U.S. and foreign firms in a tidal wave of litigation if they do business with Cuba — including in medicine and agriculture — and have allegedly benefited from confiscated properties.

Up to 200,000 people who were not U.S. citizens at the time of their property’s confiscation would be able to file claims for property they held in Cuba when they were Cuban citizens. This is considerably more than the nearly 6,000 claims already filed by U.S. parties at the time their property was nationalized.

The U.S. State Department takes the well-established position that a sovereign’s nationalization of the property of its own nationals does not violate international law. In 1962, U.S. Secretary of State Dean Rusk told the National Business Advisory Council:

“Any sovereign national has the right to expropriate property, whether owned by foreigners or nationals. In the United States we refer to this as the power of eminent domain. However, the owner should receive adequate and prompt compensation for his property.”

On several occasions, Cuba has offered to negotiate compensation of the nearly 6,000 claims of U.S. parties, as it has successfully done with claims from other countries. “It is well-known that all nationalizations of foreign property, including that of the U.S., were provided by law with a commitment to compensation, which the U.S. government refused even to discuss, while it was adopted by the governments of claimants of other countries, all of which enjoyed due compensation,” the Ministry of Foreign Affairs of Cuba said in a statement.

Permitting lawsuits to proceed under Title III would overturn long-standing law. In 1964, the U.S. Supreme Court held in Banco Nacional de Cuba v. Sabbatino that U.S. courts should not decide the legality of taking property in Cuba’s jurisdiction and that state-to-state negotiations provide the best way to resolve these issues.

“Title III attempts to reverse that precedent, placing the long-term future of U.S.-Cuban relations into innumerable private hands and holding hostage the ability to normalize relations for decades,” according to the National Lawyers Guild’s International Committee.

Rubio and Rep. Mario Diaz-Balart (R-Florida), whose brother pressured Clinton into signing Helms-Burton, are the leading advocates for Title III. They represent the richest and most conservative people in Miami’s Cuban-American community, once known as Cuba’s “One Percent,” LeoGrande writes. Since Title III exempts private residences and small businesses from potential compensation, it is the one-percenters — people who owned businesses worth more than $433,000 at today’s prices — who have the most to gain if Trump unblocks Title III and allows litigation to proceed.

Trump is also apparently making Rubio happy by recognizing Juan Guaidó as Venezuela’s legitimate president, albeit in violation of international law. Rubio is part of Trump’s inner circle working with the opposition in Venezuela to carry out an illegal coup.

“Venezuela is really an extension of the position on Cuba,” Ricardo Herrera, director of the Cuba Study Group, told The New Republic. Both nations are targets in a plan to reassert U.S. control over Latin America, and finally overthrow the Cuban Revolution, according to The Wall Street Journal.

At a Feb. 18 rally in Miami, Trump played to a large voting bloc by criticizing Venezuelan President Nicolás Maduro. South Florida has the largest population of Venezuelans in the United States, many of whom are opposed to Maduro’s government. Rep. Debbie Mucarsel-Powell (D-Florida) accused the Trump administration of “using Venezuelans’ suffering to score political points here in Florida,” adding, “We shouldn’t be using this as a political weapon.”

But, “Trump doesn’t care about Latin America. It’s still about domestic politics,” LeoGrande told The New Republic. “Trump thinks he won Florida because of the Cuban American vote. Rubio convinced him that that’s what made the big difference in Florida.” Many older Cuban Americans oppose the Cuban government and have been pivotal votes for Republican presidential candidates in the swing state of Florida.

It is the Cuban people who would suffer most from the activation of Title III. A torrent of lawsuits would not only discourage foreign firms from trading with, investing in, or operating in Cuba; they would also endanger the food supply and other essentials for life in Cuba for years to come. They would weaken Cuba’s fragile economy.

Title III could affect firms that currently operate in Cuba on confiscated property and companies that profit from such “trafficking.” Because of jurisdictional issues, U.S.-based companies would be the most vulnerable to these lawsuits, which would disadvantage them internationally. They would be unlikely to expand their operations in Cuba.

Ending the suspension of Title III would have a chilling effect on future efforts to normalize relations with Cuba because it was written to prevent future U.S. administrations from interfering with this private litigation. Sanctioning lawsuits under Title III could also negatively impact areas such as travel, academic exchanges and research collaboration.

Meanwhile, Cuba has asserted its own claims against the U.S. for billions of dollars of injury due to the impact of the illegal and expanded multinational economic embargo against Cuba, which had been intentionally enacted to deny money and supplies to Cuba, to impose hunger and hardship and seek to overthrow its government, as quoted above. One such case filed in Cuban civil courts in 2000 sought over $120 billion in damages. A prior case sought more than $180 billion in damages based on illegal acts of violence and sabotage, including CIA sponsorship of the Bay of Pigs invasion; this resulted in a judgment in 1999. Cuba seeks resolution of its claims as part of its attempt to mutually resolve issues between Cuba and the United States.

“Activating Title III would represent a quantum leap in hostility [against Cuba],” LeoGrande maintains. By refusing to further suspend Title III, Trump would effectively be punishing the Cuban people with a second embargo.

Cuba represents no threat to the United States. It is time to end the illegal 59-year-old embargo against Cuba once and for all.

This article, first published on Truthout, was reprinted with permission.