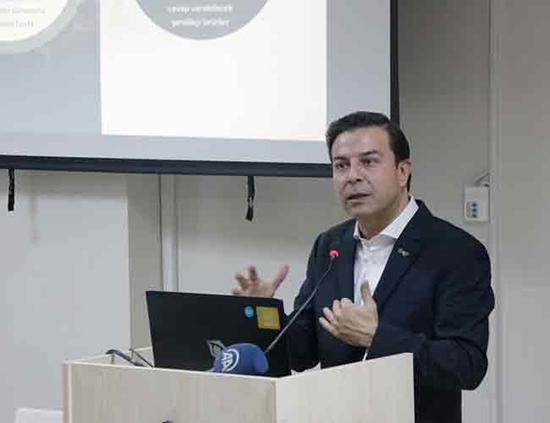 There are a total of 214 million banking cards, including debit and credit cards, in Turkeythat puts the country ahead of any nation in Europe, according to the deputy general manager of the Interbank Card Center (BKM).

“As of end-2018, there were 148 million debit cards and 66 million credit cards in the country. In terms of the number of such cards, Turkey has overtaken the U.K. and Germany,” Cenk Temiz told state-run Anadolu Agency.

According to the latest official data, Turkey’s population is a little more than 82 million.

Temiz also noted the share of card payments in consumption expenditures is 38 percent today, while the corresponding figure was some 15 percent 10 years ago.

“In some north European countries the share of cards in consumption is 75 percent. It would be good if we could raise cards’ share in Turkey to 50 percent,” Temiz said.

He noted that a total of 5.5 billion transactions are carried out annually through bankingcards.

“We expect payment though banking cards to increase by 15 percent this year which is in line with the inflation rate,” he added.

Temiz also noted that some 18 percent of payment through cards was made online.

According to data from the country’s Central Bank, credit card debt in Turkey stood at 102 billion liras as of Feb. 15, pointing to a 13.8 percent increase on an annual basis.

The watchdog increased the number of installments in the purchases of vacations and computers —excluding tablets — to 12 months from the previous nine and six months, respectively. Under the new regulations, consumers will be able to pay for health-related expenditures in 12-month installments on their credit cards.