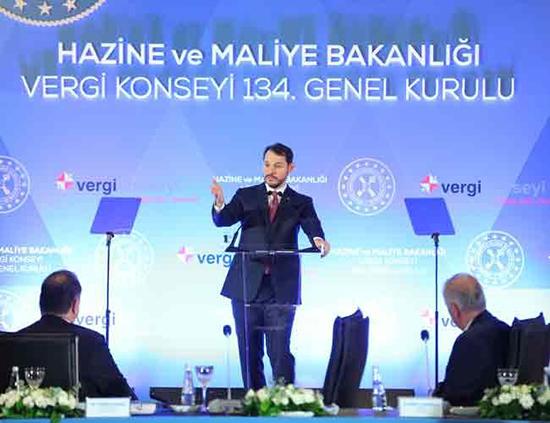 Finance and Treasury Minister Berat Albayrak has vowed reforms to widen tax base and to create a more effective tax system.

“We want to enforce confidence that the New Economic Program the government announced [in September] and created for the market through structural transformation and structural reforms. One of the pillars of those reforms is taxes,” Albayrak said on Feb. 27, addressing the general assembly meeting of the Tax Counsel held in Istanbul.

The government is focusing on a tax reform which the Turkish economy and private sector needs to compete in the international arena, he said, adding that tax system will be simplified to reduce red tape.

“We have taken the work for a new tax system to the next phase. We want to implement a fairer system that widens the tax base as soon as possible,” the minister stressed.

Albayrak added that the government would continue to maintain the delicate balance in taxpolicies.

Those tax policies should help generate revenue to finance public services but at the same time should not discourage investments, he said.

Albayrak reiterated that the economic outlook has been improving and will advance further starting from April.