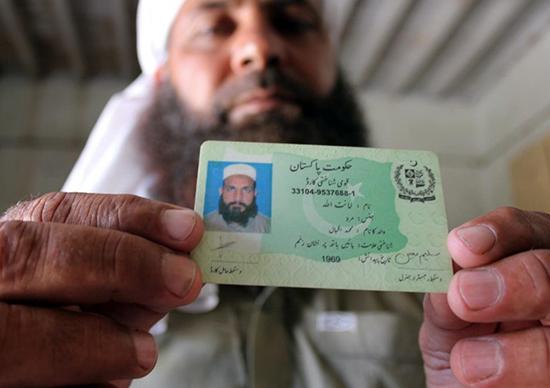 GCHQ’s support of the CIA post-9/11 is becoming clearer, but MEE understands plans for a new inquiry are being resisted

The role the UK’s GCHQ surveillance agency played in supporting the CIA’s post-9/11 kidnap and torture programme is finally becoming clear, fuelling calls for a judge-led inquiry into British involvement in rendition operations.

For more than a decade, GCHQ, which collects intelligence by monitoring communications, has claimed that it had a clean pair of hands, repeatedly denying that it had assisted the CIA.

The agency’s claim that it had “never knowingly provided support to a US rendition operation” was fully accepted by the UK Parliament’s oversight body, the Intelligence and Security Committee (ISC).

However, the committee has now unearthed a number of examples of GCHQ’s intelligence being used to locate and detain terrorism suspects who were subsequently rendered and tortured.

The committee has also found that the agency provided intelligence to assist the interrogation of terrorism suspects held at CIA black sites.

MPs and peers who are members of Parliament’s All Party Parliamentary Group on Extraordinary Rendition say the discoveries underline the need for an inquiry.

The government said last July that it would announce within 60 days whether it would convene a judge-led inquiry, but has not done so.

Ken Clarke, the former home secretary and justice secretary who chairs the group, says that the delay raises suspicions that more is being concealed.

Middle East Eye has learnt that a number of senior UK parliamentarians, including Clarke, are understood to be planning a fresh campaign aimed at persuading the government to convene an inquiry.

But they are waiting until the country’s politics are no longer fully consumed with the problems caused by Brexit – the UK’s departure from the European Union.

Under its current chair Dominic Grieve, a former attorney general, the ISC appears to have lost patience with GCHQ’s position: that it cannot be held responsible for rendition operations, on the grounds that it is unaware of the way in which its intelligence is used once it has been passed on to other agencies or countries.

In a damning report published last year, the committee said that it could no longer accept GCHQ’s claim that its role in rendition and the mistreatment of detainees was at worst peripheral, not least because “it is by far the largest sharer of material with the US”.

It added that the agency’s attempts to distance itself from the abuses that its operations have enabled was worrying.

“GCHQ was in fact aware of the risks of large-scale sharing of information with the US but regarded it as neither practical, desirable nor necessary to second guess how that material might be used,” the committee said.

“That GCHQ regarded the treatment of any individual whose detention it had enabled as being beyond its knowledge and therefore not its business, is not – in our opinion – a valid excuse.”

The committee’s findings pose a serious challenge to GCHQ, an agency whose operations appear at times to be inextricably linked, through routine intelligence sharing, with those of its US partner, the National Security Agency (NSA).

It is unclear whether intelligence shared with the NSA may enable the future kidnap and mistreatment of individuals. American president Donald Trump expressed enthusiasm for torture while on the campaign trail, although he has remained silent on the matter since election.

MEE has identified two rendition victims who were captured by UK forces in Iraq after being tracked and located by GCHQ.

Both men were immediately handed to US troops and rendered to Afghanistan, where they spent 10 years detained without trial. On eventual release, both said they had been tortured.

The two men – Amanatullah Ali and Yunus Rahmatullah – were detained by British special forces soldiers following a raid on a house in Baghdad in February 2004.

They are both said by the British government to have been members of Lashkar-e-Taiba, a Pakistani militant group with links to al-Qaeda.

One British soldier was wounded during the raid and two occupants of the house were killed.

Within hours, Ali and Rahmatullah were handed over to US forces and were later flown to the notorious US military prison at Bagram, north of Kabul.

The British government was made almost immediately aware of the location at which they were being held, but made no representations over their treatment until 2009.

Investigations by the legal non-governmental organisation Reprieve found that by that time, Rahmatullah was described by fellow prisoners as being in “catastrophic mental and physical shape” as a result of his ill-treatment.

Both men were released without charge in 2014.

Why was the British Army in Iraq and Afghanistan?

The UK sent forces to Afghanistan as part of the international coalition that invaded the country in 2001 following the 9/11 al-Qaeda attacks in the US, and to Iraq in 2003 as part of a US-led invasion to overthrow Saddam Hussein.

In both countries British soldiers became increasingly bogged down fighting against insurgents opposed to international occupation.

In Iraq, British forces were handed responsibility for security in Basra and three provinces in the south, but their presence was challenged by Muqtada al-Sadr’s Mahdi army militia fighters.

In September 2007, British forces withdrew from their bases in the city to the airport on the outskirts, the targets of “relentless attacks”, according to an International Crisis Group report which said that their retreat was viewed by locals as an “ignominious defeat”.

In Afghanistan, British forces had been deployed in 2006 to Helmand Province. But they proved ineffective against the resurgent Taliban and in 2009 more than 100 British soldiers were killed.

British troops eventually withdrew from Afghanistan in 2014, with 454 service personnel killed over the course of their 13-year campaign in the country.

Lawyers representing the two men are already suing the British government for damages as a consequence of the way in which the British military handed them over to the US after capture.

Details of their subsequent rendition and detention have been confirmed in court judgements.

On examining documents relating to other operations, the ISC also discovered evidence of GCHQ providing intelligence relating to the location of about four other individuals prior to their detention and rendition.

In a further case, the agency provided information that was used to enable an arrest and probably a rendition.

The ISC also says it found evidence of direct links between GCHQ intelligence sharing and US rendition operations.

It discovered that in April 2006, for example, GCHQ’s senior legal adviser had queried an item in an annual report compiled by one of the agency’s operational teams, which was entitled “Support to RENDITION operations”.

The following year, in a report that is now widely seen as discredited, the committee cleared the UK’s intelligence agencies of involvement in rendition.

It concluded that GCHQ “has played no role in any US renditions” and added that its legal safeguards “provide a high level of confidence that their material has not been used for such operations”.

MEE contacted Pepper, who is now the chair of the government’s Defence Science and Technology Laboratory, but he declined to comment.

In its most recent report on rendition, the ISC also criticised GCHQ for passing on intelligence about Khalid Sheikh Mohammed, the alleged architect of the 9/11 attacks, despite knowing that he was being held in secret CIA detention and was at risk of being mistreated.

A US Senate committee investigation has found that Mohammed was already being subjected to waterboarding by March 2003, when GCHQ passed on its intelligence. According to CIA records, he was subjected to the torture technique at least 183 times.

Responding to questions from MEE, GCHQ declined to say why the committee that provides parliamentary oversight of its activities had not been informed earlier about the existence of the internal report on its support for rendition operations.

The agency also declined to explain why the ISC had previously been allowed to publish a misleading report. Nor would it say whether it was continuing to withhold information from the committee about its involvement in rendition operations.

In a one-sentence statement, the agency said: “We won’t be commenting on this, however the government will formally respond to the [ISC] report in due course.”

The government’s response did not address the way in which the committee had apparently been previously misled.

In its response to the ISC’s criticisms, the government said: “GCHQ does not share intelligence with the US or other foreign nations where they believe it will contribute to an unlawful act.”

It added that the agency’s operations are now being overseen by the newly-created Investigatory Powers Commissioner’s Office.

Even when conducting the investigation which unearthed evidence of GCHC’s involvement in rendition operations, the ISC says its hands were partly tied.

Its committee’s members – all members of Parliament or peers sitting in the House of Lords – complained that their inquiry was brought to a premature end.

They also complained that they were not able to interview government ministers who were responsible for those agencies, or the agencies’ staffs, who could have shed light on actions on the ground.

The British government says it has not decided whether to reinstate any form of further investigation. A spokesperson said: “These are extremely important issues and the government is carefully considering the calls for another judge-led inquiry.”