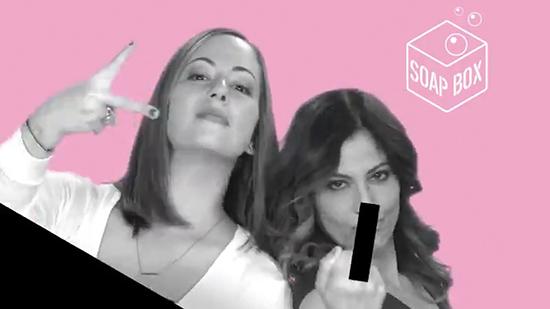 Two Maffick Media hosts wasted no time tearing into the alliance of mainstream media and neocon think tanks that silenced them for 10 days for breaking a Facebook rule they say didn’t exist until after their page was removed.

Rania Khalek and Anissa Naouai of In the Now and Soapbox took aim at the “lazy report from CNN” inspired by “pro-war think tanks” that led Facebook to remove four pages published by Maffick Media for being part-owned by RT’s video agency Ruptly and not having it written in all caps on their logo – a “crime” that wasn’t actually against Facebook’s rules – without bothering to inform Maffick beforehand.

In a sarcastic retort to the corporate-government censorship alliance, they highlighted the absurdity of the 10-day ban, which claimed to take issue with the German-based company “hiding” its links to Russia – even though those connections had been common knowledge since a 2016 Buzzfeed “exposé” that also reported publicly available information as if it were a big secret.

“Unlike CNN, we get to tell the truth about war and corporations because we don’t rely on advertising dollars from weapons companies,” Khalek said, pointing out that “all media is funded by corporations or governments” and asking Facebook to at least make other pages jump through the same hoops. Naouai said CNN’s own parent company, AT&T, “helped the NSA’s warrantless wiretapping of Americans.”

Maffick’s pages were quietly restored on Monday with the addition of a line on their “about us” page disclosing their funding sources – a rule that didn’t exist before In the Now, SoapBox, Back Then, and Waste-Ed were de-platformed, and which hasn’t been applied to other outlets like BBC or Al-Jazeera, which are funded by governments.

“CNN wouldn’t care if we were funded by Japan,” Khalek noted. The hosts gave a spirited obscene gesture to their censors and hinted that CNN’s inability to grasp the Streisand effect may ultimately have helped them.