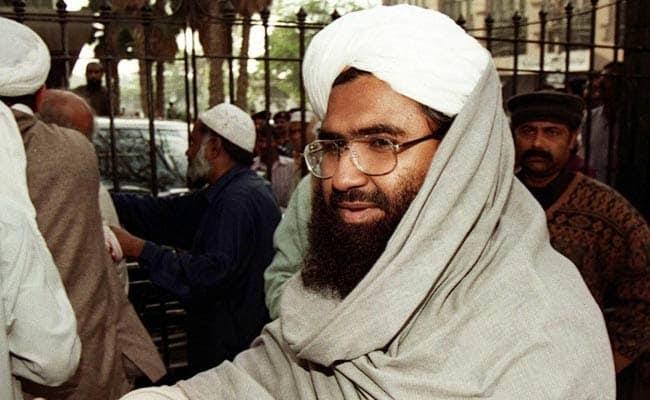 Amid heightened tension between India and Pakistan over Islamabad’s denial and duplicity over terror groups flourishing under its watch, a fresh proposal by the US, UK and France has been submitted at the United Nations Security Council or UNSC to designate Jaish-e-Mohammed chief Masood Azhar a global terrorist.

If the proposal is passed, Pakistan-based terror group Jaish-e-Mohammed or JeM chief Masood Azhar will get the tag of being a ‘UN-designated global terrorist’, which in turn would subject him to global travel ban, asset freeze and arms embargo.

The fresh proposal, moved on Wednesday by the three permanent veto-wielding members of the UN Security Council, will also get Russia’s backing because Moscow has supported the ban on Masood Azhar in the past. All eyes, however, will be on China, which has repeatedly blocked similar proposals in the past.

The Security Council Sanctions Committee will have 10 working days to consider the fresh proposal submitted by the three members.

Meanwhile, Pakistan, which has been labelled many times by experts as “A country which uses terror as an instrument of state policy,” not only denies any knowledge of terror groups on its soil, but has provided security and protection to global terrorists like Masood Azhar, Hafiz Saeed and Zaki-ur-Rehman Lakhvi, who roam freely in Pakistan.

Pakistan, which in the past had also denied any knowledge of Osama bin Laden, was caught red-handed when the United States found him in a shelter home, minutes away from a Pakistan Army camp in Abbottabad.

In 2009, India had moved a proposal to designate Masood Azhar a UN-designated global terrorist. This was followed by another move in 2016, when India submitted a proposal with the P3 – the United States, the United Kingdom and France – in the UN’s 1267 Sanctions Committee to ban Masood Azhar, the mastermind of the terror attack on the air base in Pathankot in January, 2016.

In 2017, the P3 nations – US, UK and France – moved a similar proposal again at the UN Security Council. However, on all occasions China, a veto-wielding permanent member of the UNSC, repeatedly blocked the proposals from being adopted by the Sanctions Committee.

The fresh proposal by the P3 nations to designate Masood Azhar a UN-designated global terrorist comes hours after Sushma Swaraj raised the Pulwama terror attack in her meeting with her Chinese counterpart Wang Yi. Stating that the JeM is banned by the UN and other countries, Ms Swaraj told Mr Wang that “this terrorist attack is the direct result of the impunity and cover provided to the JeM and its leaders by the Pakistani side”.

“After the Pulwama attack the entire UN has spoken with full voice to condemn it,” she said.

It remains to be seen how China, which is Pakistan’s all-weather ally, will vote on the proposal this time, following a crucial bilateral meeting between External Affairs Minister Sushma Swaraj and Chinese Foreign Minister Wang Yi in Wuzhen, where she participated in the Russia, India, China (RIC) Foreign Ministers meeting on Wednesday.

On February 21, China had to sign off on the UNSC press statement that “condemned in the strongest terms the heinous and cowardly suicide bombing in Jammu and Kashmir, which resulted in over 40 Indian paramilitary forces dead and dozens wounded on February 14, 2019, for which Jaish-e-Mohammed has claimed responsibility”.