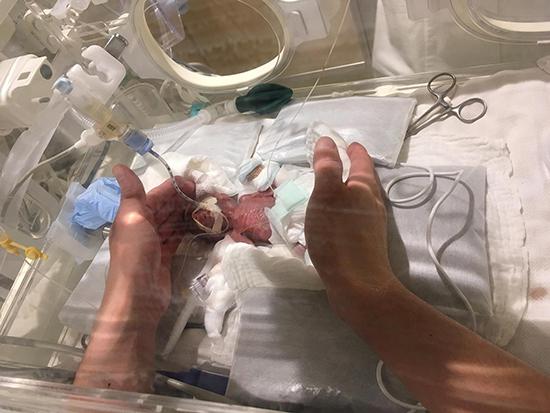 The boy was born through Caesarean-section last August after he failed to gain weight during the pregnancy and doctors feared his life was in danger.

The boy was in intensive care until his weight reached 3.2 kilograms and he was discharged on Feb. 20, said Dr. Takeshi Arimitsu of the university’s School of Medicine, Department of Paediatrics.

“I am grateful that he has grown this big because, honestly, I wasn’t sure he could survive,” the boy’s mother told Reuters.

The previous record was held by a boy born in Germany in 2009 weighing 274 grams, according to the Tiniest Babies registry managed by the University of Iowa.

The smallest girl was born weighing 252 grams in Germany in 2015, according to the registry.