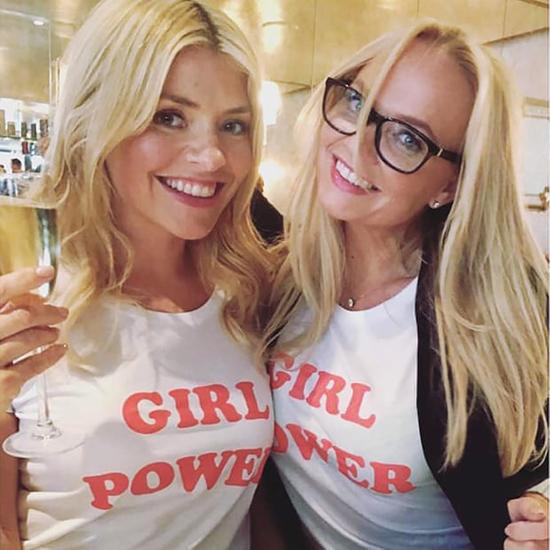 Simon Murphy in London and Redwan Ahmed in Dhaka The Guardian

Charity “girl power” T-shirts sold in the UK are made at a Bangladeshi factory where more than 100 impoverished workers claim to have been sacked after striking in protest at low wages, it can be revealed.

The £28 garments are sold online by F=, which claims to be “all about inspiring and empowering girls”, with £10 from each T-shirt donated to Worldreader, a charity that supplies digital books to poverty-stricken children in Africa. Television presenter Holly Willoughby recently reposted a 2017 picture of her and Spice Girl Emma Bunton wearing the T-shirts.

The Guardian has established that the garments were made by Bangladeshi firm Dird Composite Textiles, where some workers earn as little as 42p an hour and complain of harassment. In one case, a female employee was beaten on the orders of the management and threatened with murder.

After being contacted by the Guardian, F= stopped selling the T-shirts and Worldreader pledged to cease accepting donations “until the situation is resolved”.

Machinists at the factory say they have been sacked en masse after striking over wages in January. They are among more than 7,500 employees at 27 factories in Bangladesh who have lost their jobs in recent weeks, according to union leaders, amid widespread protests and strike action over the imposition of a new minimum wage – which critics argue is too low – for the country’s garment industry.