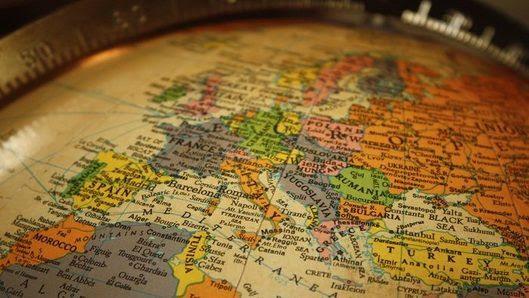 BEIRUT: The Middle East seems in its worst shape. Palestine has seen its territory shrink to a sliver of what it once was, Syria is divided into several factions, Lebanon has seemingly surrendered to its fate, and Iraq is still bleeding, while Jordan has ostensibly managed to stay afloat.

Meanwhile, Europe is weakened and unable to either address these divisions or fill the void left by the US, who is now pre-occupied with its own domestic challenges.

Russia, on the other hand, is spearheading a campaign to bolster its status while China is attempting to supersede both the US and Europe economically.

Taking advantage, Iran, through its many proxies across the region, is pursuing its strategy of exporting the Islamic revolution while the Security Council stands idle, drowning in its administrative duties instead of advancing its international peacemaking policies.

As Iran, Turkey, and Russia gain ground, Europe which remains committed to promoting dialogue, human right values, and stability along the lines of its interest-driven foreign policies, is losing influence in the Middle East.

This is mainly the result of Europe’s failure to undertake a balanced intervention that reflects its moral standing of days gone.

Despite the complexity of its own situation with the rise of far-right movements, European leaders must take action if a concrete solution to any of the conflicts spanning the Middle East is to be reached.

Despite Europe intervening to bridge the gap left by the US in the funding of the United Nations Relief and Works Agency for Palestine Refugees, it has come up short in the negotiations process at a time when it should adopt a more dynamic stance. Europe must somehow find a way to abandon its lethargic stance, re-energize the peace process, and bring both Israel and the US to the negotiations table.

This European resignation thus far has dealt a blow to the Palestinian people and their rights.

On the Syrian front, it is clear that Europe is still committed to a diplomatic solution but hasn’t been able to contain Russia, Iran and Turkey or protect the Syrian people’s rights. Its efforts have been merely concentrated on channeling financial and humanitarian aid to ease the suffering of refugees as reconstruction efforts stall pending a diplomatic solution to the conflict.

The European humanitarian effort should be transformed into a diplomatic campaign to restore peace and stability in Syria.

Otherwise, Europe would have failed to uphold its historic moral obligations.