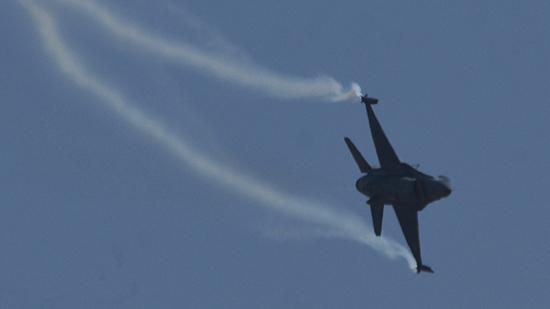 Russia Today
The Indian Air Force has confirmed that one of its MIG-21 Bison aircraft has shot down a Pakistan Air Force F-16. The news comes two days after the PAF claimed it shot down two Indian planes over the disputed territory of Kashmir.

Indian jets bombed targets in the Pakistani-controlled part of Kashmir, claiming that Islamabad had done nothing to crack down on the terrorist group had carried out the Pulwama suicide attack killing 42 Indian security officers earlier this month.

Pakistan responded by shooting down at least one Indian bomber and capturing its pilot. India acknowledged the loss but said it had shot down a Pakistani aircraft as well.

Pakistan had previously denied using any of its F-16 aircraft in the attack, but the IAF displayed the twisted remnants of a US-made AMRAAM missile it says “conclusively shows” an F-16 was used.

Pakistani Prime Minister Imran Khan has said he will release Varthaman on Friday “as a peace gesture,” a move that was welcomed by the IAF.

The region of Kashmir has been disputed by the two countries since the partition of India in 1947, and has been the cause of three wars, multiple military standoffs, and several insurgency campaigns in the decades since.

Amid the latest flare-up, air traffic was shut down on both sides of the LoC. Airports in the cities of Amritsar, Pathankot, Jammu, Leh and Chandigarh have been shut down and all flights canceled on the Indian side. Pakistan closed its entire airspace to flights amid the tension.