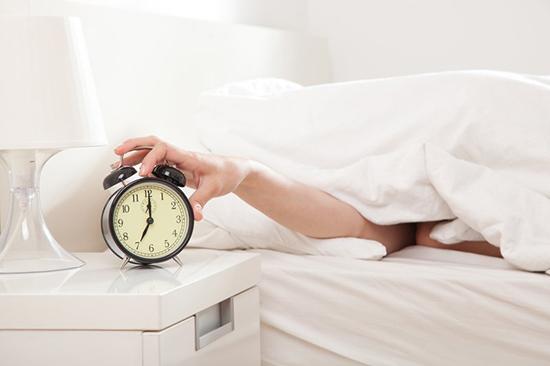 New research suggests that the sleep disorder insomnia could be hereditary.

Trouble sleeping at night? If you have tried everything in the book to help you nod off to no avail, it might actually be out of your control. New research from the University of Exeter Medical School and Massachusetts General Hospital has pinpointed 57 gene regions associated with insomnia, meaning your genetics could be to blame.

The findings move away from the school of thought that links insomnia to lifestyle or psychological factors such as stress or depression. The study, published in the Nature Genetics journal, analysed data from 450,000 people, and the evidence points towards the sleep disorder being something you can inherit.

‘Our findings confirm a role for genetics in insomnia symptoms and expand upon the four previously found gene loci for this condition,’ said lead author Jacqueline M. Lane. ‘All of these identified regions help us understand why some people get insomnia, which pathways and systems are affected, and point to possible new therapeutic targets.’

The evidence points towards the sleep disorder being something you can inherit.

In the same study, the scientists found evidence that shows that insomnia could result in nearly a doubled risk of coronary artery disease, as well as linking it with symptoms of depression.

‘Insomnia has a really significant impact on millions of people worldwide,’ said Samuel Jones from the University of Exeter, who was also involved in the research. ‘We’ve long known there’s a link between insomnia and chronic disease. Now our findings suggest that depression and heart disease are actually a result of persistent insomnia.’

Insomnia is a sleep disorder that is characterised by the consistent inability to fall asleep or stay asleep at night, thought to affect 10 to 20 per cent of people worldwide.

The most common symptoms include:

❗️ If your sleep problems persist for several months, visit your GP or call NHS 111.

How to get better sleep

➡️ Increase your ‘sleep appetite’: ‘Improvements can be made by only being in bed for the time you’re sleeping,’ says Pinkham. ‘Going to bed later and waking up earlier keeps your sleep window very short, and increases your sleep appetite. Instead of lying in bed for hours unable to sleep, start getting into bed when you’re really shattered, and wake when it’s early. Gradually you should be able to increase the hours you’re sleeping.’

➡️ Enforce darkness: That means black out blinds, and definitely no gadgets. ‘Blue light (the light that affects our levels of the sleep-inducing hormone melatonin) makes it harder to get to sleep in the first place,’ says Noia.

Improvements can be made by only being in bed for the time you’re sleeping.

➡️ Keep your liquids in check: Avoid alcohol at bedtime as much as possible, and caffeine after 4pm. It can take up to six hours for caffeine’s levels to drop to half the dose you originally took, making us anxious and delaying sleep,’ explains Noia. Meanwhile, ‘Alcohol depresses the brain and central nervous system, so while it might make you feel sleepy (and find it easier to drop off) you won’t enjoy good quality sleep.’

➡️ Keep a sleep diary: ‘I always encourage somebody visiting me to keep a sleep diary – it helps you notice links between lifestyle and sleep you might ordinarily miss,’ explains Pinkham.