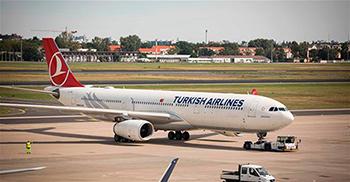 Istanbul’s new airport does not need additional financing and Turkish Airlines will not be a partner in the airport consortium, the chairman of airport shareholder Limak Holding told Reuters.

The $12 billion airport project was declared open in October but its full operation has been delayed several times, most recently this week to April 7.

Limak Holding Chairman Nihat Özdemir said the consortium is not looking for new partners for the airport after Kolin announced this week that it had applied to Turkey’s competition board to transfer its shares to Cengiz and Kalyon.

Ozdemir also said the consortium is currently paying back interest on a 4.5 billion euro loan and will start making loan principal payments once the airport is opened.

“The airport is completed, indeed our airport does not need new financing,” Özdemir said. Despite the delay in full operation, “being opened in the beginning of April is good because of weather conditions and the passenger feeling comfortable,” he said.

Approximately 17-18 flights operate daily from the airport at the moment, he added.

In November, Turkish Airlines denied that it was interested in buying shares at the newairport. Özdemir said Turkish Airlines buying into the new airport would be incompatible with competition laws.