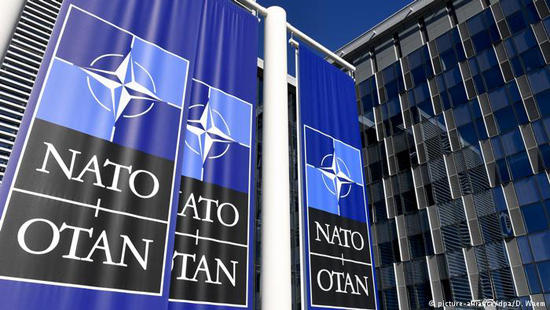 Experts say the move sends a signal that the West won’t tolerate Russia’s expanding military footprint in the region. However, an 80-year-old treaty could limit the alliance’s scope for action.

Odessa has welcomed the USS Donald Cook. The US Navy destroyer, which is equipped with a missile defense system and is usually stationed in Spain, is often in the Black Sea these days. In January, it was in Batumi for exercises with the Georgian coast guard. Now it’s arrived at the Ukrainian port of Odessa. On February 26, Ukrainian President Petro Poroshenko met United States Special Representative for Ukraine Kurt Volker on board the ship. Poroshenko described this meeting as “symbolic,” and the presence of the destroyer in Odessa as “an important signal to the Kremlin” that “Crimea is Ukrainian,” and that “freedom of navigation in the region is assured.”

NATO is reinforcing its presence in the Black Sea. Although it’s not parading the fact, the Russian Black Sea Fleet is keeping a very close eye on developments. As well as the USS Donald Cook, the Standing NATO Response Force Mine Countermeasures Group 2 (SNMCMG 2), led by the German ship FSG Werra, is also in the region. In January, the landing ship USS Fort McHenry was in the Black Sea, and before that, in December, the British reconnaissance ship HMS Echo was in Odessa.

The background to this is an incident in the Kerch Strait at the end of November. Russian ships off the coast of the Crimean peninsula — which was annexed from Ukraine by Russia in 2014 — seized two Ukrainian Navy boats and a tug by force of arms. Deborah Sanders of King’s College London told DW that Europe reacted “quite slowly” to the incident in the Kerch Strait via diplomatic channels, so a “more military” approach was chosen, meaning an increased naval presence. Sanders, an expert on defense and security in the region, said the US had taken on an informal leadership role, the aim being to send a clear signal to Moscow that the Black Sea is not Russian waters. She pointed out that the balance of power in the Black Sea has shifted in Russia’s favor, and that Kyiv is worried about a blockade of Odessa, the country’s most important port. Since the annexation of Crimea, the Ukrainian navy has been stationed in Odessa.

NATO member Turkey is more cautious with its fleet. “Turkey has to distribute its forces between the Black Sea and the Mediterranean,” said Sanders. “Ankara has decided not to prioritize the Black Sea, given the situation in Syria and the sensitivity of its energy dependence on Russia.” She added that there is also a risk of “increasing alienation” in Turkey’s relationship with NATO, given the “cracks in the relationship” between Washington and Ankara. However, there have also been some completely contradictory signals. For example, before coming to Odessa, the destroyer USS Donald Cook was on joint exercises with a Turkish frigate.

“The Black Sea can certainly be said to have become more important, given the background of Russia’s behavior,” Hans-Joachim Stricker, a former vice admiral of the German Navy, told DW. Stricker was the commander of the fleet until 2010. He said Russia had increasingly been making it clear that the Black Sea and the Sea of Azov were of particular interest to Moscow, and “no one else should sail there.” This, Stricker stressed, is a “completely unacceptable demand.”

He referred to the term A2/AD (Anti-Access/Area Denial). This is the concept of preventing potential opponents from gaining access to a certain area by increasing one’s own military capabilities. This is precisely what Russia has done by expanding its deployment in Crimea and stationing new missiles there, including “Kalibr” guided missiles. According to Stricker, the increased presence of NATO ships in the Black Sea is a “countersignal” to Moscow’s claim.

In mid-February, NATO Secretary-General Jens Stoltenberg stated that the alliance was considering “further strengthening” its presence on the Black Sea. Russian politicians described this as a “provocation.” However, NATO’s activities are restricted by the Montreux Convention. The 1936 agreement on the “Regime of the Straits” gave Turkey back full sovereignty over the Bosporus. Warships of states not bordering the Black Sea may not stay there longer than 21 days. The tonnage of the ships is also limited.

“We believe that the military situation in the Black Sea is very different from the one when the treaty was signed almost 100 years ago,” said Vadym Prystaiko, the head of Ukraine’s Mission to NATO. He regrets that, because of the Montreux Convention, large NATO ships like the flagship of the US Sixth Fleet, the Mount Whitney, are seldom allowed to enter the Black Sea. Prystaiko emphasized that Ukraine is asking its partners to respond to the incident in the Kerch Strait by continuing to increase their presence on the Black Sea. This, he said, would show Russia that “plans to conquer the Black Sea and drive Ukraine out of there, let alone from the Sea of Asov, will draw a reaction from the international community in consequence.”