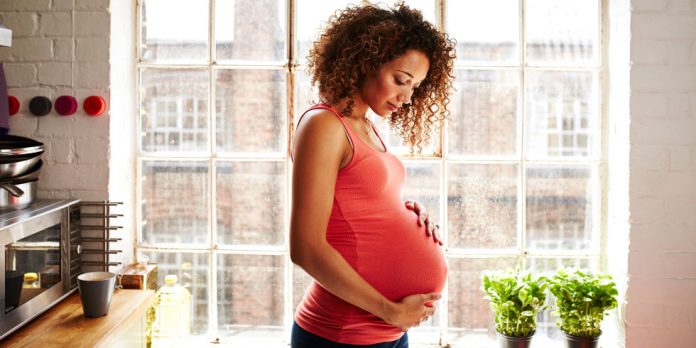 (Reuters Health) – Women who become pregnant within a year of having a stillbirth are no more likely than those who wait longer to have a second stillbirth, a preterm birth or a small-for-gestational-age baby, a large new study suggests.

The analysis of data from three high-income countries on births among women who previously had a stillbirth found the length of time between the two pregnancies was not an important factor, according to the report published in The Lancet.

“After looking at the health of 14,452 pregnancies occurring after a previous stillbirth, we found no influence of the time between the two pregnancies on the risk of having another stillbirth, a preterm birth or a small-for-gestational age baby,” said Annette Regan, an assistant professor of epidemiology at the Texas A&M University School of Public Health in College Station. “While this is only one study, this would suggest that if women wish to become pregnant quickly after a stillbirth there may be no harm to their next baby.”

The World Health Organization recommends that women wait at least two years after a live birth and six months after a miscarriage or induced abortion before conceiving again, Regan said in an email. But there are no recommendations when it comes to conceiving after a stillbirth.

“Studies have shown that conceiving six months after a previous birth is associated with a 20 percent increase in the risk of having complications in the next pregnancy,” Regan said. “We did not find this in our study, suggesting that in our setting, a short interval was not harmful after a stillbirth.

No one knows exactly why a short interval between births raises the risk of adverse outcomes, Regan said. But there are theories. “The most commonly discussed theory is one called ‘maternal depletion syndrome,’ which suggests that women are depleted of important nutrients after a pregnancy and without time to recover, they enter the next pregnancy ‘depleted’ and are more prone to having an unhealthy pregnancy.”

For the new study, Regan and her international team of colleagues scrutinized 37 years of birth records from Finland, Norway and Australia. An important factor, the researchers note, is that people living in these countries have access to universal healthcare and free prenatal care. For that reason, the findings of the new study might not be generalizable to low- or middle-income countries and those without access to universal healthcare.

In their analysis, the researchers included only singleton births and stillbirths that came after 22 or more weeks of gestation. They defined the inter-pregnancy interval as the time from the stillbirth to the beginning of the next pregnancy. The pregnancies were categorized by interval time into five groups: less than six months, six to 11 months, 12 to 23 months, 24 to 59 months and more than 59 months.

Among the 14,452 births in women whose previous pregnancy ended in a stillbirth, 14,224 were live births, 2,532 were preterm births and 1,284 were small-for-gestational-age births. There were 228 stillbirths.

The new study may reassure women who don’t want to wait two years to conceive after having a stillbirth, said Dr. Cynthia Gyamfi-Bannerman, a maternal-fetal medicine specialist at the NewYork-Presbyterian Columbia University Irving Medical Center in New York City.

Women who have had a stillbirth “generally are motivated to try again earlier than what is thought to be ideal,” said Gyamfi-Bannerman, who directs the CUMC Preterm Birth Prevention Center. “From the literature on miscarriage and preterm birth we know that women who get pregnant again in less than six months are at a higher risk for another preterm birth or another adverse outcome. So this is reassuring.”

One caveat may be that women who have had one stillbirth may be at a higher risk of having another, Gyamfi-Bannerman said. Nevertheless, this study shows that the “timing of conception after a stillbirth won’t change the outcome and overall, the outcomes are really good.”