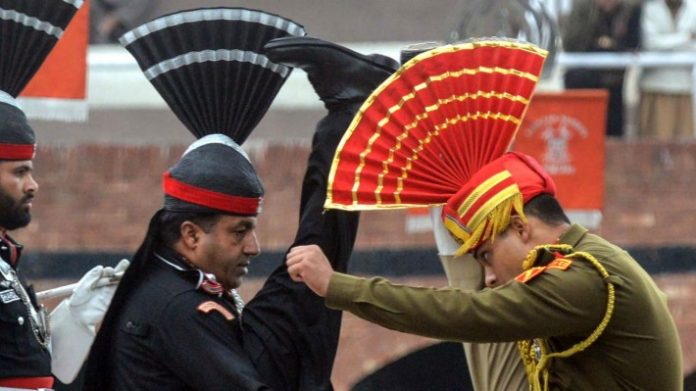 Earlier, the Indian Air Force (IAF) claimed that it had lost a MiG-21 fighter but that a Pakistan F-16 jet had also been downed as the two sides engaged in an air battle, just a day after the IAF carried out an airstrike against a Jaish-e-Mohammad terrorist camp located in the Pakistani-controlled part of the Kashmir region.

Pakistani Foreign Minister Shah Mehmood Qureshi has voiced hope that a full-scale military conflict between Islamabad and New Delhi would not take place.

“I hope not. That would be mutual suicide”, he told CNN when asked whether the recently-heightened tensions could have led to a military conflict had it not been deescalated.

“The policy of this government is that we will not allow our soil to be used by any organisation or any individual for terrorism against anyone, and that includes India,” Qureshi said, commenting on India’s concerns over the Pakistan-based Jaish-e-Mohammad radical group.

He recalled that shortly after becoming Pakistan’s Prime Minister, Imran Khan underscored that if India “takes a step toward us, we will do two [such steps]”.

Qureshi also confirmed that Masood Azhar, the founder and leader of Jaish-e-Mohammad (JeM), is currently in Pakistan.

“He is in Pakistan, according to my information, he is very unwell. He is unwell to the extent that he cannot leave his house, because he is really unwell,” Qureshi said.

When asked why Pakistan has not arrested the radical leader, who is on a terror list in India, Qureshi urged New Delhi to provide “solid evidence” of his involvement in terror attacks.

Commenting on Russia’s willingness to mediate between India and Pakistan to try to ease bilateral tensions, Qureshi said that Islamabad is ready to accept such an offer.

“[Russian Foreign Minister Sergei] Lavrov has offered to mediate. I do not know about India but I want to say this to Russia, that Pakistan is ready to come to the table and de-escalate tensions,” Qureshi underlined.

The Times of India has, meanwhile, reported that Pakistan had continued to deny the use of its F-16 fighter jets against the Indian Air Force (IAF) during a dog fight on Wednesday.

The newspaper recalled that the US laws bar the use of such fighters in an “offensive role” against another country.

On Wednesday, the IAF claimed that it had lost a MiG-21 fighter but that a Pakistan F-16 jet had also been downed as the two sides engaged in an air battle earlier that day.

The developments took place just a day after the IAF carried out an airstrike against a JeM terrorist camp located in the Pakistani-controlled part of the Kashmir region.

Tensions between the two sides escalated on 14 February when at least 40 Indian paramilitary officers were killed after a car carrying over 100 pounds of explosives detonated next to a security convoy in Kashmir.

India named JeM leader Maulana Masood Azhar as the person responsible for ordering the attack and accused Pakistan of having a “direct hand” in the bombing. Islamabad has rejected the allegations, blaming New Delhi for human rights violations in Kashmir.