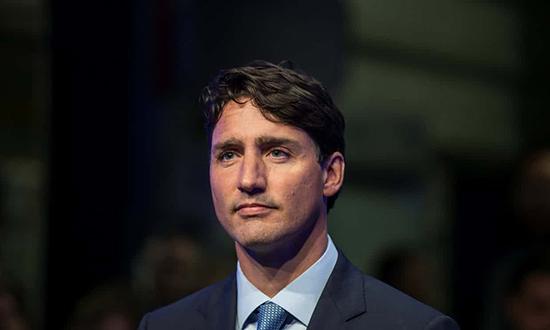 Leyland Cecco in Toronto –  The Guardian

Canada’s former attorney general, whose testimony against the prime minister, Justin Trudeau, and his aides has placed his administration firmly on the defensive, could find herself ejected from her party after refusing to confirm she has confidence in his leadership, it emerged on Thursday.

Trudeau acknowledged that his former attorney general, Jody Wilson-Raybould, could be removed from the Liberal party, telling reporters on Thursday that he would have to review fully her recent testimony on the deepening scandal before making a decision.

“My team and I have always acted in a professional manner,” Trudeau told reporters on Thursday morning, rejecting suggestions he or his staff overstepped in their numerous conversations with Wilson-Raybould about their view that an engineering company facing bribery and fraud charges should not be prosecuted.

On Wednesday, Wilson-Raybould highlighted the extent to which she alleges the prime minister’s closest aides “hounded” her in order to secure a politically beneficial outcome for the party – and Trudeau himself.

Wilson-Raybould, the first indigenous minister of justice and attorney general in Canadian history, had described a sustained effort by government officials to influence her judgment. Nearly four months after she said the pressure began, she was removed from her job as the country’s top prosecutor – and instead was named minister of veterans affairs. She has repeatedly said she will run again in the federal election as a Liberal party candidate, a move experts view as difficult given her public spat with the prime minister.

Her characterization of Trudeau’s conduct – and of his aides’ behaviour – is particularly troubling for the Trudeau administration, given the recent controversy over the detention of the Huawei executive Meng Wanzhou. Trudeau had repeatedly said that Canada’s justice system is immune from political interference amid calls by the Chinese for her release.

On Thursday, Trudeau reaffirmed his belief that all discussions over the matter were proper.

“I totally disagree with the former attorney general’s characterization [of discussions] in her testimony,” said Trudeau. He denied Wilson-Raybould was removed as attorney general for her refusal to back down.

Political rivals jumped on Wilson-Raybould’s testimony. Opposition leader Andrew Scheer of the Conservative party said Trudeau had “lost the moral authority to govern” and called for his resignation. Jagmeet Singh, the leader of the New Democratic party, said the prime minister was not on the side of Canadians but stopped short of calling for his resignation.

The scandal first began 7 February, after the Globe and Mail reported the prime minister’s office had improperly pressured Wilson-Raybould to abandon the prosecution of a large engineering company, SNC Lavalin, for fraud and bribery.

The Quebec engineering giant SNC Lavalin, which paid C$48m (US$36.5m) in bribes to Muammar Gaddafi’s regime in Libya between 2001 to 2011, is lobbying for a remedy known as a deferred prosecution agreement instead of a trial and criminal prosecution. But federal prosecutors are uninterested in pursuing an agreement – a reality Trudeau’s inner circle had struggled to change.

Wilson-Raybould’s testimony marked the first instance in which the prime minister was directly implicated in efforts to dissuade her from pursuing prosecution.

“Are you politically interfering with my role as attorney general? I would strongly advise against it,” Wilson-Raybould recalled telling the prime minister, after he reminded her he was a member of parliament from Quebec – and asked her to “help out” in the case.

“No, no, no, we just need to find a solution,” she said was the prime minister’s answer.

On 12 February, Wilson-Raybould resigned. The country’s ethics commissioner is currently investigating the accusations.

Drawing on text messages and contemporaneous memos, she described 10 meeting and 10 telephone calls over the issue, which began in mid September of 218. Wilson-Raybould also testified about the extent of the pressure she faced, including aides promising a flurry of positive op-eds in Canadian papers to provide her political cover if she backed down. The efforts–and threats to undermine her position evoked “thoughts of the Saturday Night Massacre”, the infamous resignations of high-ranking US justice department officials during the Watergate investigations.

While the scandal has damaged the prime minister’s image of transparency and openness, damage appears to be minimal in Quebec, where support for SNC Lavalin is strong, given the 3,400 people it employs in the province.

Wilson-Raybould’s testimony marked the first time she has spoken at length about the pressure on her office. Questions still remain about the content of her discussions with the prime minister, which are protected by solicitor-client privilege.