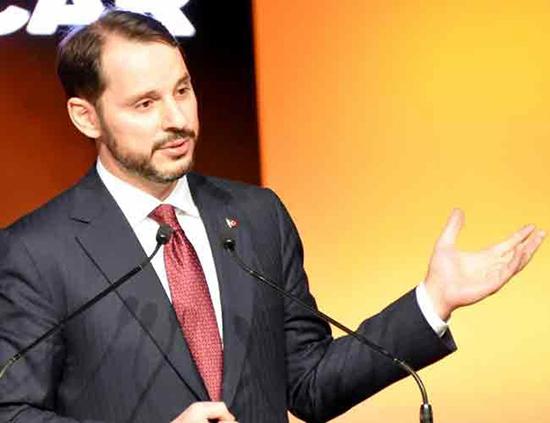 Turkey and the European Union have agreed in high-level talks held in Istanbul that the existing customs union needs to be upgraded.

“Bilateral trade volume between the bloc and Turkey has almost quadrupled over the past 15 years to around $165 billion. This is a well-balanced trade relationship. The issue of upgrading the customs union, which would be beneficial to both parties, should be addressed urgently,” Treasury and Finance Minister Berat Albayrak said on Feb. 28 following the third High Level Economic Dialogue meeting with Jyrki Katainen, Vice President of the EuropeanCommission.

Albayrak added that besides the customs union, he also discussed visa liberalization, which would boost bilateral trade and investments, with Katainen.

“Turkey is our fifth largest trading partner, thus we have deep relations. The EuropeanUnion wants to maintain its close relations with Turkey,” Katainen told reporters at a joint press conference with Albayrak.

“The customs union should be upgraded,” the EU official added.

He also said that visa liberalization will be granted as soon as Turkey meets the required criteria, noting that Ankara has already satisfied 68 criteria out of a total 72.

Turkey has been pushing for upgrading the customs union deal which came into force on in December 1995.

The deal covers all industrial goods but does not address agriculture (apart from processed agricultural products), services or public procurement.

In December 2016, the European Commission proposed modernizing the customs union and further extending the bilateral trade relations to areas such as services, public procurement and sustainable development.

According to data from the European Commission, Turkey is the EU’s fourth largest export market and fifth largest provider of imports.

The country’s exports to the European Union increased by 4 percent on an annual basis to $6.76 billion in January.

The European Union’s share in Turkey’s total exports was as much as 51 percent in the first month of the year.

Turkey has been a candidate country to join the European Union since 1999.