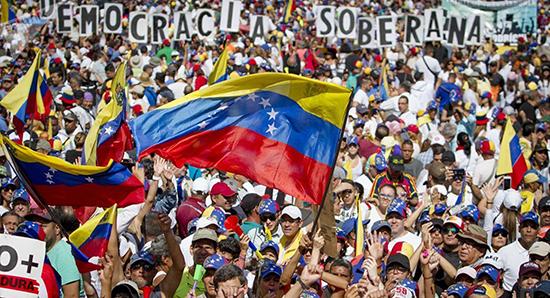 MOSCOW (Sputnik) – Over 100 members of Venezuela’s National Guard had arbitrary left service, crossing the country’s border with Colombia, the long-term regional ally of the US, in hope to receive $20,000 promised to them for desertion, amid a political and economic crisis in Venezuela, the country’s Defence Minister, Vladimir Padrino Lopez, said.

“We have identified over 100 National Guard members among the officials, there are not a few of them actually, who have crossed the border in hope to receive $20,000 promised to them,” Padrino said, as quoted in a statement, published on the government’s website on Thursday.

The defence minister continued by saying that these promises were false, adding that the absence of these people among the service members was “not a catastrophe” and would not affect the combat readiness of Venezuela’s military.

On Thursday, Venezuelan Ambassador to the United Nations, Samuel Moncada, said that the United States was arming Venezuelan deserters to form a so-called liberation army to invade the South American country.

The envoy also suggested that Washington was fabricating a report about a high number of deserters in order to justify the creation of such an army.

Earlier this week, the migration service of Colombia claimed that the number of Venezuelan service members who had crossed into Colombia had surpassed 320 people. Meanwhile, the Analitica news outlet reported, citing the same agency, that the number of defectors allegedly reached 567 people.

Venezuela is currently in the midst of a political crisis. On January 5, lawmaker Juan Guaido was elected the head of the opposition-controlled National Assembly, which all other government branches have been refusing to recognize since 2016.

On January 23, two days after the Venezuelan Supreme Court annulled his election, Guaido declared himself the country’s “interim president.” Venezuelan President Nicolas Maduro, who was sworn in for his second presidential term on January 10 after winning the May election, which part of the opposition boycotted, qualified Guaido’s move as an attempt to stage a coup orchestrated by Washington.

The United States immediately recognised Guaido, after which some 50 other countries, including Colombia, followed suit. Russia, China, Cuba, Bolivia and a number of other states have, in the meantime, voiced their support for the legitimate government of Maduro. Mexico and Uruguay have refused to recognize Guaido, declaring themselves neutral and promoting crisis settlement via dialogue.