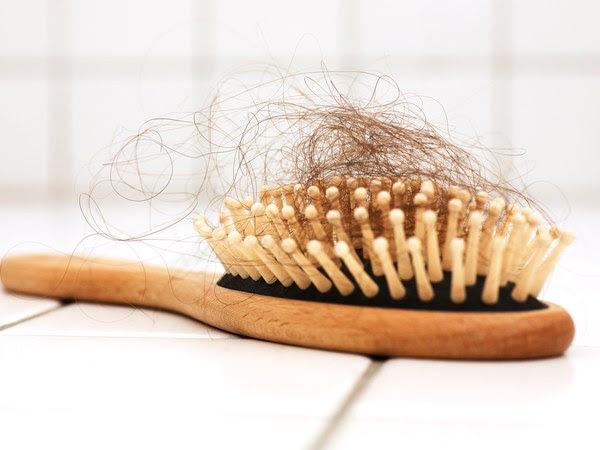 By Korin Miller   -Self

If you’ve had a really stressful week/month/year, there’s a chance that you could feel the effects physically just as much as you do mentally and emotionally. And those physical symptoms of stress can often be mistaken for other health conditions.

“The brain and body connection is complex and multilayered,” Alicia H. Clark, Psy.D., a licensed clinical psychologist who specializes in anxiety, tells SELF. “Everyone feels stress and anxiety differently, but gut issues, skin issues, even arthritis and circulatory issues can be affected by how we interact emotionally with our environment and its many demands.”

These are real symptoms—the fact that they may be caused by or exacerbated by stress does not mean that they’re all in your head. There are a wide range of physical symptoms that can be triggered by stress, but these are some of the most common ones you might experience:

As part of the stress response, your brain produces the hormone cortisol and releases it into your bloodstream. “It is a fantastic hormone that can offer our bodies and brains boosts of energy and protection when we need it most,” Dr. Clark says. Short bursts of cortisol with rests in between (think: feeling frazzled when you’re running for the subway, but calm once you make the train) are better than chronic production (constantly being stressed due to work and life pressures), she says. And being stressed on a regular basis can wear your body down and make you feel tired all the time because you’re often in a hopped-up state of cortisol, Dr. Clark explains.

It’s easy to write off cramps as being related to your cycle in some way, but they can actually be due to stress, Nieca Goldberg, M.D., medical director of the Joan H. Tisch Center for Women’s Health at NYU Langone Health, tells SELF. Stress increases the production of cortisol and fellow stress hormone epinephrine in your system and, when released, these hormones can mess with your gastrointestinal system, causing cramps.

That “kicked in the chest” feeling you might get when you hear bad news is actually a neurotransmitter reaction, Dana S. Simpler, M.D., a Mercy Medical Center internist, tells SELF. There are neurotransmitters throughout your body in addition to in your brain, she explains. When you feel anxious or stressed, neurotransmitters are activated through your sympathetic nervous system (the part of your autonomic nervous system that’s responsible for the fight-or-flight reaction), which can create a feeling of tightness in your chest, even though the heart is working just fine, Dr. Simpler says.

Chest pain is also linked to heartburn, which can be worsened by stress, according to the Mayo Clinic. Of course, if you’re experiencing chest pains, you should see a doctor ASAP since they could also be a sign of a heart attack.

Sure, it’s normal to lose some strands daily, but if you notice you’re suddenly losing a fair amount of hair, it could be due to stress. When cortisol levels in your body increase, your body is shifted into an inflammatory state which decreases nutrition to hair follicles and shuttles it to other areas of your body, Gary Goldenberg, M.D., assistant clinical professor of dermatology at the Icahn School of Medicine at Mount Sinai in New York City, tells SELF. That can potentially cause those follicles to slow or stop production, or even die, creating hair loss. Your dermatologist should be able to recommend some options to treat your hair loss, including special shampoos and nutritional supplements, “but cutting down on stress levels is really key,” Dr. Goldenberg says.

“Almost every skin condition is exacerbated by stress,” says Dr. Goldenberg. “But inflammatory conditions, such as psoriasis or eczema are at an even higher risk.”

Psoriasis is an autoimmune disease that causes red, scaly, itchy patches to form on a person’s skin, and it’s pretty common—about 7.5 million Americans have psoriasis, which develops when a person’s immune system sends faulty signals that tell skin cells to grow too quickly, according to the American Academy of Dermatology. Eczema, a condition that causes a red skin rash, is even more common—it impacts 31.6 million Americans, according to the National Eczema Association.

Some people tend to have bad diarrhea in response to stress, and it’s not a coincidence. Your intestinal tract is filled with the same neurotransmitters that are in the brain and they fire in response to what is happening with your mind, Dr. Simpler says. That’s why you can get a pit in your stomach in response to stress or develop a stomachache or diarrhea when you’re frazzled. People who suffer from gastrointestinal conditions like irritable bowel syndrome also tend to have more symptoms when they’re stressed, Dr. Goldberg says.

Dr. Goldenberg says he sees patients “daily” that have bad or worsening skin issues when they’re physically or emotionally stressed. It goes back to the inflammatory state that stress creates in your body—this can also cause breakouts or make acne issues worse, he says.

If you’re having any of these medical issues and they’re not getting better with treatment, it might be time to consider stress as a potential cause or exacerbating factor.

“It’s easy to tell someone to stop stressing but it’s actually a very difficult task,” Dr. Goldenberg says. You’re never going to eradicate stress from your life, but Dr. Clark recommends trying to change your outlook on it. “Taking control is a key way to turn stress and anxiety around, and use it to find solutions,” she says. Maybe there are things you know you can do to help you manage your symptoms, like working out more regularly or looking for a new job, that you need to make more of a priority. And, of course, if you feel like you can’t shake your stress, a mental health professional may be able to help.