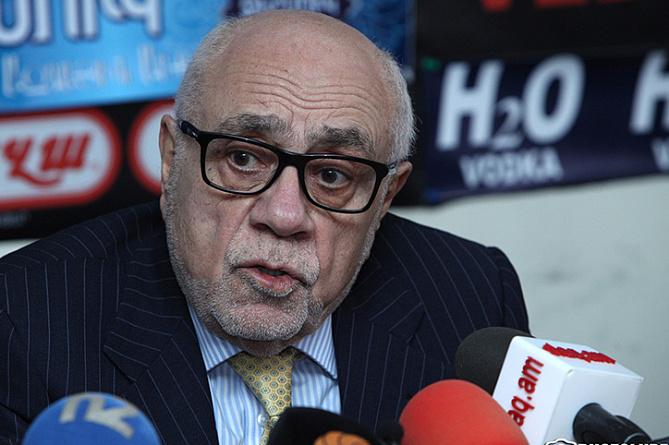 YEREVAN, March 4. /ARKA/. If Armenia becomes a natural gas transit country that will be a serious economic and geopolitical blow to Azerbaijan, a former high-ranking Armenian diplomat Arman Navasardyan said at a press conference on Friday.

The proposal came from Iranian President Hassan Rouhani, who brought up the issue in a joint news conference in Tehran with visiting Armenian Prime Minister Nikol Pashinyan on February 27.

Rouhani said Iran was ready to step up supplies of natural gas to Armenia and was likewise prepared to launch tripartite cooperation to export gas to Armenia’s northern neighbor Georgia.

Pashinyan in turn said that Armenia was also ready to cooperate with Iran and become a transit country for Iranian gas. He said the establishment of an energy corridor is also of great importance both in terms of bilateral and regional dimensions and in broader terms.

According to Navasardyan, if this proposal materializes, it will change not only the geopolitical picture of the region, but also Armenia’s relations with Azerbaijan and Turkey.

He said judging by Azerbaijan’s reaction to Pashinyan’s official visit to Iran, Baku is “in prostration.”
He also said that Iranian President Hassan Rouhani would not have announce this proposal if it had not been discussed with Russia and Georgia.

“Of course, this is not a question that will be resolved tomorrow or the day after tomorrow. A long negotiation process must take place, because there are issues of prices, relations with the United States and geopolitical problems,” Navasardyan said.