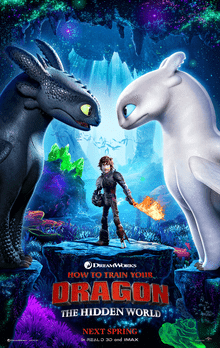 LOS ANGELES (Variety.com) – After a close race for the top spot in North America, Universal and DreamWorks’ “How to Train Your Dragon: The Hidden World” pulled ahead to secure the domestic box office crown.

The final installment in the “Dragon” trilogy stayed strong, adding another $30 million in its second weekend of release. The animated adventure is just shy of the $100 million mark in North America with its domestic tally currently sitting at $97.6 million. “The Hidden World” is performing in line with the first two entries in the franchise, which ended their domestic box office runs with $217 million and $177 million, respectively.

While “How to Train Your Dragon 3” fended off newcomers to repeat No. 1, Tyler Perry’s “A Madea Family Funeral” still had a solid start of its own. Perry bid a farewell to his long-running Madea character in the 11th and final installment in the 15-year franchise. It opened ahead of expectations, pocketing $27 million from 2,442 theaters.

“Madea Family Funeral,” which Perry directs, stars in, and produces, marks the end of his partnership with Lionsgate. Like previous “Madea” entries, audiences were more receptive to the eccentric character than critics were. The film nabbed a promising A- CinemaScore, while its Rotten Tomato score is a less-enthusiastic 25 percent. Moviegoers over the age of 25 accounted for 78 percent of its opening weekend, while 67 percent of crowds were female.

Meanwhile, Universal’s “Green Book” benefited from Oscar glory. The film expanded back to 2,600 screens after nabbing the Academy Award for best picture. It secured fifth place in its 16th weekend of release, amassing $4.7 million. The road-trip drama had a slow start when it first debuted in November, but “Green Book” has been chugging along in theaters and saw a sizable bump in ticket sales after getting some awards love. Now that it claimed the entertainment industry’s top prize, the movie got a 121 percent boost in revenue. “Green Book” has earned $75 million in North America and $74 million overseas.

Also cashing in on Oscar glory was Sony’s “Spider-Man: Into the Spider-Verse.” The comic-book adventure was awarded best animated feature last Sunday, and brought in $2.1 million after the studio re-released it in 2,404 locations. The movie has grossed over $360 million globally, including $187 million at the domestic box office.

Likewise, Warner Bros. set a limited re-release for its Oscar-winning “A Star Is Born” with an added 12 minutes of footage. It saw a 209 percent increase in ticket sales, pocketing $1.8 million from 1,150 screens. That’s a nice chunk of change, considering the musical drama starring Bradley Cooper and Lady Gaga first debuted in October and is already available on home entertainment. “A Star Is Born” has grossed $212 million at the domestic box office and $214 million internationally.

Otherwise, a number of holdovers rounded out the top five. Third place went to Fox’s “Alita: Battle Angel,” which earned $7 million in its third weekend of release. Produced by James Cameron and directed by Robert Rodriguez, the sci-fi adventure has pocketed $72.5 million at the domestic box office. The cyborg heroine is resonating overseas, where “Alita” has generated $278 million. That’s a good sign for Fox as its possible final film before merging with Disney cost $170 million to produce and millions more in marketing and distribution. All that CGI doesn’t come cheap, and executives at rival studios estimate that “Alita: Battle Angel” will need to gross $500 million before it can turn a profit. Fox insiders, however, claim the break-even number is closer to $350 million, meaning “Alita” might already be climbing out of the red.

Warner Bros.’ “The Lego Movie 2: The Second Part” landed at No. 4 with $6 million, bringing its North American haul to $91 million. Despite positive reviews, the animated sequel has continued to pace well behind its predecessors. “The Lego Movie” opened in 2014 and ended its theatrical run with a massive $469 million worldwide, including $257 million at the domestic box office. With the sequel’s current global sum hovering around $152 million, it’s unlikely “The Lego Movie 2” will reach the level of the original movie. Industry analysts suggest that’s partially because the studio waited five years before releasing a direct sequel and instead dropped two spinoffs — “The Lego Batman Movie” and “The Lego Ninjago Movie” — in 2017. The back-to-back offshoots in the same year already experienced diminishing returns, signaling there can indeed be too much of a good thing.

At the specialty box office, Neon and CNN Film’s documentary “Apollo 11” made $1.65 million when it launched on 120 Imax screens for a theater average of $13,750. Directed by Todd Douglas Miller, the non-fiction film about Neil Armstrong and Buzz Aldrin’s historic moon landing expands nationwide on March 8.

The domestic box office continues to fall well behind 2018’s record year. According to Comscore, ticket sales have seen a 26 percent drop compared to this time last year, when “Black Panther” was still dominating multiplexes. Box office watchers are hopeful that Disney-Marvel’s first female-led superhero adventure could turn things around when “Captain Marvel” debuts next weekend. 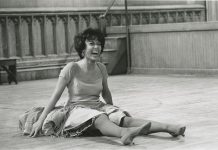 Q&A: Rita Moreno on finding self-worth and never giving up 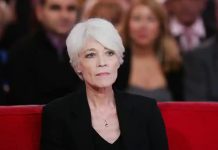 Françoise Hardy, ‘close to the end’ of her life, argues for assisted suicide 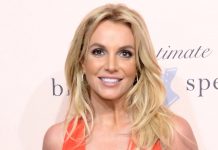