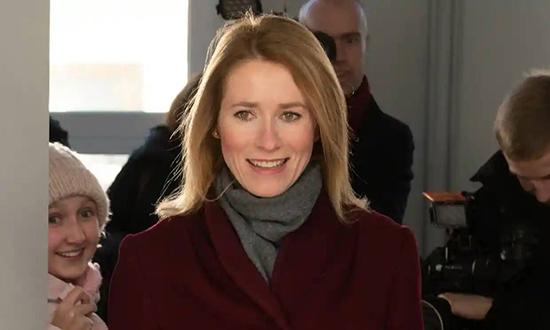 Led by former MEP Kaja Kallas, Reform garnered 28.8% of the vote, well ahead of Ratas’s Centre party on 23%. The far-right EKRE more than doubled its previous election score, at 17.8%, according to the full results posted on Estonia’s official state elections website.

Turnout was 63.1% of eligible voters, the state election commission said.

Two other parties that govern in coalition with Ratas, the Social Democrats and conservative Isamaa, took 9.8% and 11.4% of the vote respectively. Both could team up with Reform for a 56-seat majority in the 101-member parliament or, arch-rivals Reform and Centre could govern together as they have done in the past, holding a combined 60 seats.

“Now the real work begins to put together the government and start running the country with common sense,” Kallas told public broadcaster ETV/ERR.

Insisting that the “EKRE is not a choice for us”, Kallas said Reform would “keep all coalition options on the table”, adding that her party has “strong differences with Centre in three areas: taxation, citizenship, and education”.

As for Ratas, when asked if Centre would consider becoming a junior coalition partner, he said “of course” but declined to elaborate.

EKRE leader Mart Helme raised the idea of a Centre-EKRE-Isamaa coalition commanding a 57-seat majority, according to ETV/ERR.

Taxation and public spending had dominated a lacklustre campaign, along with tensions about Russian-language education for Estonia’s sizeable Russian minority and the rural-urban divide.

Traditional rivals, Centre and Reform have alternated in government and even governed together over the nearly three decades since Estonia broke free from the crumbling Soviet Union.

Both strongly support Estonia’s EU and Nato membership and have favoured austerity to keep spending in check, giving the country the eurozone’s lowest debt-to-GDP ratio.

Centre has vowed to increase pensions by 8.4% and to replace Estonia’s 20% flat income tax and 21% corporate tax with a progressive system to boost state revenue.

It won just seven seats in the 2015 election, but EKRE is now a close third behind the mainstream parties.

Staunchly eurosceptic, it called for an “Estxit” referendum on Estonia’s EU membership, although the move would fail in the overwhelmingly pro-EU country.

The party’s suspicion of Moscow translates into strong support for Nato membership and the multinational battalion the alliance installed in Estonia in 2017 as a tripwire against possible Russian adventurism.

Tonis Saarts, a Tallinn University political scientist, described the EKRE’s position on liberal democracy, including civic and human rights, rule of law and the separation of powers, as “very ambiguous” and compared it to similar parties that have recently gained support across Europe.

The party’s appeal is largely rooted in the misgivings of rural Estonians who feel left behind after years of austerity under Centre and Reform. “These people see few economic prospects and feel the mainstream parties don’t care much about their problems,” Saarts said.