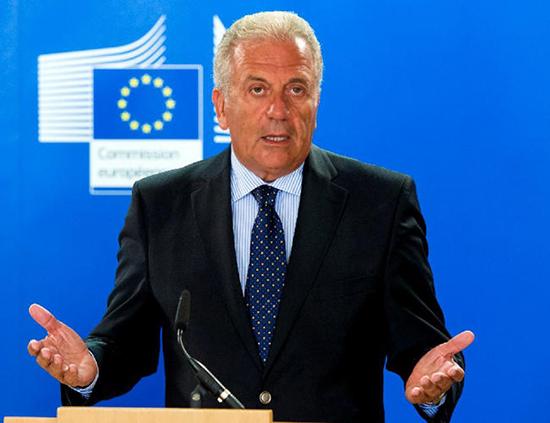 Avramopoulos stressed that Turkey has fulfilled many criteria for visa liberalization under the 2016 migrant agreement.

Under the pact, Turkey agreed to take stricter measures against human smugglers and discourage irregular migration through the Aegean Sea, while the EU pledged visa-free travel for Turkish nationals within the Schengen area, provided that Ankara fulfills criteria set out by Brussels.

He said Turkey’s membership would be “beneficial for both EU and Turkey” and have “a positive impact on Greece”.

Telling how Russian President Vladimir Putin was the first to reach out to Turkey after the 2016 defeated coup, Avramopoulos said Turkish President Recep Tayyip Erdoğan “didn’t move away from EU.”

FETÖ and its U.S.- based leader Fetullah Gülen orchestrated the defeated coup of July 15, 2016, which left 251 people dead and nearly 2,200 injured.

Ankara accuses FETÖ of being behind a long-running campaign to overthrow the state through the infiltration of Turkish institutions, particularly the military, police, and judiciary.