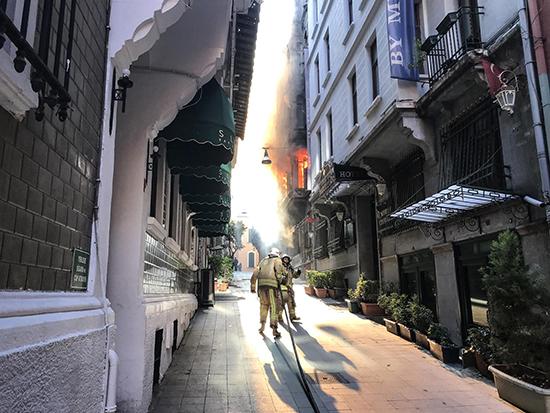 Fire in a five-story building in historical Beyoğlu district of Istanbul claimed four lives and left one injured, security sources said on March 3.

The incident happened in the morning hours.

A large number of emergency services were dispatched to the scene after locals reported the fire.

Three people were rescued from the apartment by firefighters and were transferred to nearby hospitals to receive treatment but two of the injured later succumbed to their injuries. Two others died inside the apartment, fire department said.

The one remaining wounded person is in critical condition.

The victims were identified as Murat Kayacan (17), Muhammet Gür (23) and Yunus Akyüz.

The cause of the fire remains unknown, said a source who asked not to be named due to restrictions on speaking to media.

A total of 21 people were killed last month when an eight-story apartment building collapsed in Istanbul.