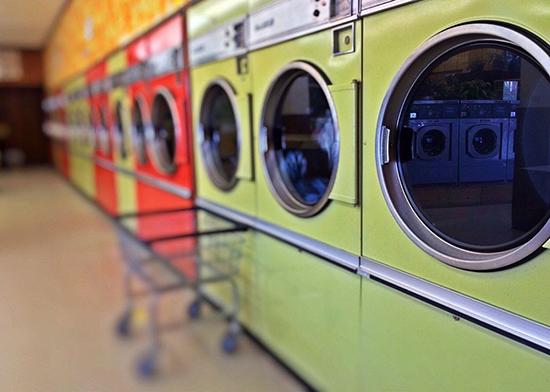 German authorities announced on Wednesday they seized 50 million euros (US$56.7 million) believed to be derived from the “Russian Laundromat” – an international money laundering scheme exposed in 2014 by the Organized Crime and Corruption Reporting Project (OCCRP) and the Russian newspaper Novaya Gazeta.

Following a three-year long investigation into three defendants, Germany’s Federal Criminal Police Office (BKA) and the public prosecutor’s office Munich I on Monday confiscated four properties in Schwalbach am Taunus, Nuremberg, Regensburg and Mühldorf am Inn with a total value of around $45.39 million.

An account from a Latvian bank with a balance of $1.36 million deriving from the sale of a property in Chemnitz was also seized. Authorities as well provisionally secured accounts at various banks containing funds of approximately $7.59 million.

Munich I’s previous investigations suggest that the assets in the bank accounts, invested in luxury real estate, are proceeds of the “Russian Laundromat” – possibly the biggest money laundering operation in Eastern Europe.

The virtual laundromat operating through banks and powerful companies saw $22 billion in dirty funds moved out of Russia between 2010 and early 2014 in a complex system involving dozens of offshore companies, banks, fake loans and proxy agents.

Much of the money was sent to Moldova, where corrupt judges were signing off on feigned loan transactions to make them legitimate. The businesses, however, were phantom companies shielding the real owners.

In May 2018, a UK government report criticized authorities for “turning a blind eye to London’s role in hiding the proceeds of Kremlin-connected corruption.” All of the UK’s high street banks, including HSBC, played a role in the scheme.

Germany’s Deutsche Bank is currently under investigation as part of the ongoing U.S. Federal Reserve probe of the Estonian branch of Danske Bank’s alleged role in the Laundromat. The Fed is investigating whether Deutsche Bank adequately monitored billions of dollars in suspicious transactions from Danske Bank.

According to a leaked report, Danske’s Estonian branch closed the accounts of several companies in 2013 after realizing they had been used by a member of Vladimir Putin’s family and Russia’s intelligence service, the FSB, to launder huge amounts of money.

Despite the allegations, Estonia rejected new legislation late last month intended to strengthen anti-money laundering controls in the wake of the scandal, claiming it wasn’t “specific enough” to avoid a potential invasion of citizens’ privacy.