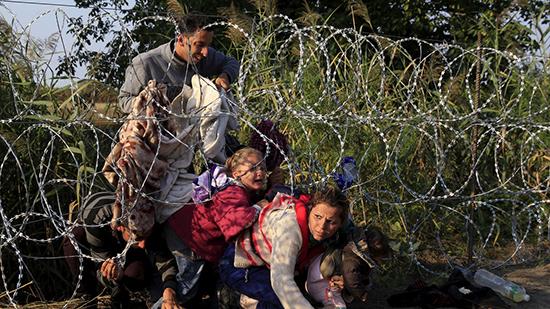 Russia  Today
Hungarian Prime Minister Viktor Orban has warned that the 2015 migrant crisis – which saw millions of migrants pour into Europe – was just the beginning and that a new wave of African migrants may soon overwhelm the continent.

“Everything that we experienced in 2015 will happen again, and it will be bigger,” the nationalist leader told German newspaper Die Welt. “Soon the Arab countries will surpass the European countries in population. And I haven’t mentioned Africa yet, where soon there will be more people than can be fed.”

Orban has emerged as one of the most vocal opponents of non-European immigration in recent years. As waves of migrants flowed from the Middle East in 2015, Orban constructed a razor-wire border fence and refused passage for asylum seekers whose claims were rejected. Since then he has refused to meet EU migrant relocation quotas and has criminalized individuals and NGOs suspected of “enabling illegal immigration.”

“Hungary is a frontier country,” Orban told Die Welt. “We live our lives in complete readiness. We have many thousands of soldiers and policemen at our southern border,” he added, warning that “today it depends only on decisions of the Turkish government whether the many millions of refugees that are there will set out for Europe.”

As the migrant crisis dragged on, Africa replaced the Middle East as the source of Europe’s migrant influx. Orban called for the establishment of a new body of ministers in Europe to deal with any future immigration from the continent of 1.3 billion people.

EU leadership is unlikely to look to Orban for policy advice, however. The European Parliament voted to sanction Hungary for Orban’s anti-migration policies in September, and momentum is currently building to expel the Hungarian leader’s Fidesz party from the European People’s Party umbrella group.