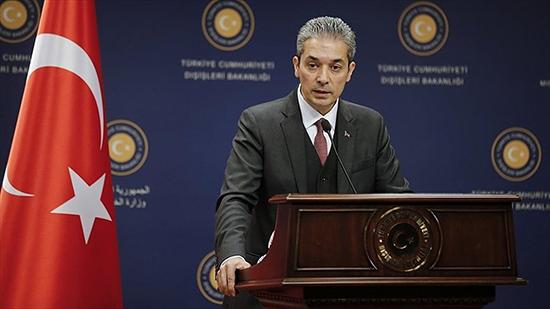 Turkey values the United States’ announcement that it has reviewed and maintained designation of the PKK as a “terrorist organization,” Turkish Foreign Ministry spokesperson Hami Aksoy said in a statement on March 2.

Turkey deems PYD and its armed wing YPG as terrorist groups due to their links with the PKK, which is listed as a terror organization by Ankara, the U.S., and the EU.

The U.S. on March 1 said it is maintaining the PKK‘s status as a foreign terrorist organization and Washington will continue to help Turkey fight the PKK‘s operations.

“The United States maintains a strong commitment to our partnership with our NATO ally Turkey, including fighting PKK fundraising operations in Europe and elsewhere,” the department said in a statement.

In addition to notifying to the U.S. public and the international community that the PKKremains a terrorist organization by Washington, the State Department has also designated the PKK as a Specially Designated Global Terrorist since 2001.

The State Department first designated the PKK as a terrorist organization in 1997, and through this designation the PKK is denied access to the U.S. financial system.

The U.S. has worked with Turkey to counter terrorist threats from the PKK, according the department. The designation helps U.S. agencies and governments in law enforcement activities in relation to the PKK and anyone deemed a member of the terrorist organization.