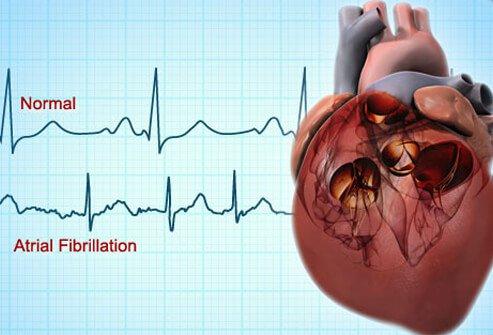 Your heart can be damaged after a sad event and it may be your brain’s doing, experts believe.

Swiss researchers have been studying people with a rare and unusual condition called broken heart syndrome.

This weakening and failing of the heart happens suddenly, often after a stressful or emotional event such as bereavement.

It is little understood but the work in the European Heart Journal suggests the mind’s response to stress plays a part.

Also known as takotsubo syndrome – referring to the shape of the heart in people with this condition, which resembles a Japanese pot with the same name – broken heart syndrome can be brought on by shock.

It’s different to a heart attack caused by blocked blood vessels, but has similar symptoms, including breathlessness and chest pain.

Often, an unhappy event is the trigger, but exciting big events, such as a wedding or new job, have been linked with it too.

It can be temporary, with the heart muscle recovering over days, weeks or months, but for some it can be deadly.

It is thought to affect around 2,500 people every year in the UK.

The exact cause is not known, but experts believe it could be linked to raised levels of stress hormones, such as adrenaline.

Dr Jelena Ghadri and colleagues at University Hospital Zurich looked at what was happening in the brains of 15 patients with broken heart syndrome.

There was less communication between brain regions involved with controlling emotions and unconscious or automatic body responses, such as heartbeat.

These brain areas are the ones that are thought to control our response to stress.

Dr Ghadri said: “Emotions are processed in the brain so it is conceivable that the disease originates in the brain with top-down influences on the heart.”

The exact pathway is still not completely understood, so more work is needed. Scans of the patients’ brains before or at the time they developed broken heart syndrome were not available, so the researchers cannot say whether the decreased communication between brain regions caused the takotsubo syndrome or vice versa.

Joel Rose, chief executive of Cardiomyopathy UK, said: “This is an important piece of research that will help to shape our understanding of a form of cardiomyopathy that is often overlooked and remains something of an enigma.

“The people with takotsubo cardiomyopathy that we support will certainly welcome this new effort to understand the role that the brain plays in this condition and why some people are more susceptible than others. We hope that this research will lead to further focus in this area and greater collaboration between neuroscientists and cardiologists.”

British Heart Foundation-funded researcher Prof Dana Dawson, from the University of Aberdeen, said: “These findings support something we have long suspected – that there is a brain-heart interaction in takotsubo.”