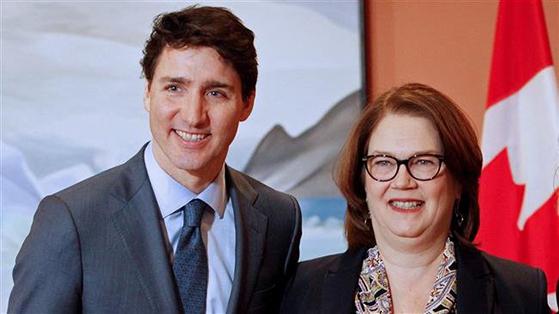 A minister in the government of Canadian Prime Minister Justin Trudeau has resigned, becoming the second cabinet member to step down amid allegations of government involvement in a major fraud case.

Treasury Board President Jane Philpott announced her resignation on Monday, saying she had “lost confidence” in Trudeau’s government over the allegation that senior officials in his office had attempted to block the prosecution of a major Canadian engineering company in a case involving corruption charges in Libya.

Philpott is said to be a close friend of former attorney general and justice minister Jody Wilson-Raybould, who testified last week that Trudeau and senior members of his government had made consistent efforts to dissuade her from prosecuting construction firm SNC-Lavalin.

Trudeau has denied the accusation.

The Quebec-based engineering giant was charged in 2015 with bribing Libyan officials to obtain multi-billion dollar contracts between 2001 and 2011, during former dictator Muammar Gaddafi’s rule.

“I have been considering the events that have shaken the federal government in recent weeks and after serious reflection, I have concluded that I must resign as a member of Cabinet,” Philpott said in a resignation letter posted on Twitter.

“The solemn principles at stake are the independence and integrity of our justice system… Sadly, I have lost confidence in how the government has dealt with this matter and in how it has responded to the issues raised,” she added.

Shortly after Philpott posted her resignation letter, Wilson-Raybould responded with a message of support.

“For almost 4 years our country has witnessed your constant & unassailable commitment to always doing what is right & best for Cdns,” she wrote in a tweet. “You are a leader of vision & strength & I look forward to continuing to work alongside you.”

Wilson-Raybould, who resigned from the cabinet in February, had been demoted to veteran affairs minister the month before.

Philpott, a physician and a former minister of health and minister of indigenous services, was widely viewed as of one of Trudeau’s most competent cabinet ministers.

Trudeau thanked Philpott in a short statement later on Monday for “her years of service and her dedication to Canadians.”

Commenting on the growing political scandal at a rally in Toronto, the Canadian prime minister said, “Concerns of this nature must be taken seriously and I can ensure you that I am [taking them seriously].”

The leader of the opposition Conservative Party, Andrew Scheer, said at a news conference that Philpott’s resignation demonstrates “a government in total chaos,” and reiterated his call for Trudeau to step down and for a police investigation into the affair.

The scandal is expected to deal a blow to Trudeau just months ahead of an October election.