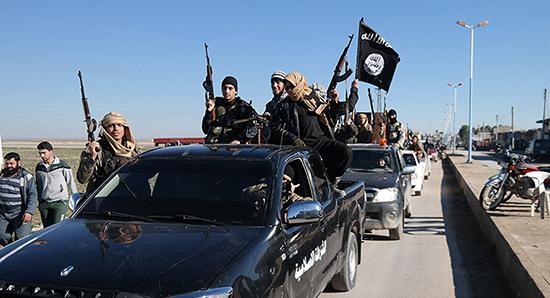 By refusing to repatriate citizens who fought for the failed caliphate, France, UK and the US are admitting the impotence of their legal system, and betraying the principles of fair justice on which their societies were built.

Emmanuel Macron has allowed 13 French Islamic State (IS, formerly ISIS) fighters to be tried in Iraq, the UK government will not take back ‘jihadi bride’ Shamima Begum, an example that was followed by Donald Trump’s administration with New Jersey-born Hoda Muthana, who is set for a lengthy court battle to return from Syria.

Notwithstanding the Guardian’s campaign that urged us to “put ourselves in Shamima’s shoes,” the calls have proved overwhelmingly popular with the electorate, and on either side of the English Channel about three quarters of those polled are in favor.

In actual fact, there is little cause for jubilation, even on the optimistic assumption that the Islamists never make it back to familiar shores.

Those gloating are essentially saying, “Our society can’t be possibly trusted to punish the people who committed and enabled some of the most systematically and dogmatically cruel violence in human history, so let’s palm them off to others so that they get some rough Iraqi justice.”

How heinous would their crimes have to be before some of the world’s most sophisticated legal systems would be able to overcome the campaigners, pro bono lawyers, and liberal journalists who will be drawn to the case?

Wouldn’t it be an indictment of their societies if after the end of the Second World War, instead of the Nuremberg Trials, the Allies simply allowed the top Nazis (most of whom, incidentally didn’t travel half the world to volunteer) to be taken to Stalin’s gulags, and come what may.

While such sentiment is understandable among the public – Begum in a refugee camp is preferable to her back out on the streets of Bethnal Green – the situation reflects more poorly on the integrity of the Western leaders.

If France doesn’t believe in capital punishment – which its recruits could face in Iraq – or the UK applies softer sanctions to the underage, as Begum was when she left the country, then these are principles that are worth fighting for, whether the crime occurred at the Bataclan or in Raqqa. Can a fair trial be guaranteed in present-day Iraq?

If, however, you as a Western leader believe that the system is currently too soft, why not change it? Why not introduce life sentences for Islamic State members, whether or not you could prove whether they beheaded someone on video with their own hunting knife? It’s your job as a politician, and it’s not like lawmakers lack the popular mandate on the issue. No one wants another Guantanamo, but it wouldn’t have to exist if the law was more certain in the first place.

Now, instead of grappling with these complex moral choices, here comes the elegant solution, which in practice involves unseemly citizen-stripping manipulations and other violations of normal conventions for treating own citizens overseas. The result: the West looks hypocritical – happy to eat the chicken, but not to watch the slaughter. Content to make exceptions, but not to reform.

And while allowing suspects to disappear into the vortex of foreign justice can seem risk-free, such decisions tend to backfire: if, say, anything happens to Shamima Begum or her child while she is abroad, she will become an undeserved martyr both to West-hating jihadists and to liberal media, who will jump on an actual reason to campaign on her behalf, besides identity politics.

The entire situation would be an amazing loss of moral high ground for the West, in the one situation where it would seem virtually impossible. In truth, it already has been.

Shengavit Of Kura Araxes Culture: One Of Armenia’s Historical Sites Inhabited Since At Least 3200 BC

Media Once Again Trolling US Withdrawal from Afghanistan

Long Live the Monarchy! And So They Do