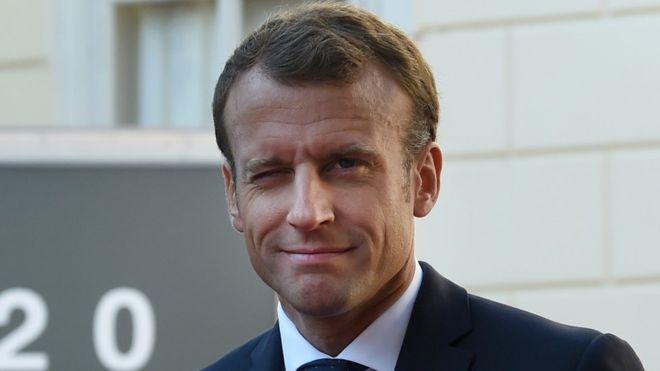 Dear Europe, Brexit is a lesson for all of us; it’s time for renewal

Angelique Chrisafis in Paris and Jennifer Rankin in Brussels –  The Guardian

Emmanuel Macron has called for a new European agency to fight against international cyber-attacks and the manipulation of election campaigns, as well as a ban on foreign powers funding European parties, as he set out plans to overhaul the EU in response to Britain’s vote to leave.

The French president, a pro-European centrist, made the rare move of appealing directly to citizens across the bloc in a long letter published by the Guardian and 27 other newspapers.

Macron’s move comes weeks before the UK is scheduled to leave the EU, and months before European parliament elections in which nationalist parties are expected to increase their share of the vote. He said it was urgent to address the failings exposed by the Brexit vote.

As part of what he called a “roadmap to European renewal”, he put forward a range of proposals for change including tougher joint action on internet hate speech, the supervision of internet giants, new competition rules, a minimum European wage and a new defence treaty. He also proposed that panels of European citizens should be consulted on EU reforms, not just during election periods.

He cited the Brexit referendum result as the symbol of Europe’s crisis, an example of how people could turn away from the EU if it is just seen as a “soulless market” rather than “a historic success, the reconciliation of a devastated continent in an unprecedented project of peace, prosperity and freedom.”

He said Brexit symbolised a crisis in which Europe was seen as failing to respond “to its peoples’ needs for protection from the major shocks of the modern world.” He also warned, however, against lies and “irresponsibility”.

“Who told the British people the truth about their post-Brexit future?” he asked. “Who spoke to them about losing access to the European market? Who mentioned the risks to peace in Ireland of restoring the former border? Nationalist retrenchment offers nothing. It is rejection without an alternative. And this trap threatens the whole of Europe. The anger-mongers, backed by fake news, promise anything and everything.

Macron later said: “The Brexit impasse is a lesson for us all”. In a nod to the Brexiters’ campaign slogan “take back control”, he said that in a changed Europe “the people will really take back control of their future”. In a suggestion the UK would deepen its future relationship with the EU, he said that “in this new Europe, the UK, I am sure, will find its true place”.

The call for a Europe-wide agency “for the protection of democracies” to shield against electoral interference from outside powers comes as campaigning for May’s European parliament elections gets underway. Security officials are preparing for potential attempts by Russia-linked hackers to sway the vote and potentially deepen divisions in the bloc.

The May vote is shaping up as a continental clash between populist and Eurosceptic movements on the one hand, and pro-European internationalists on the other. Macron, who has faced months of gilets jaunes or yellow vest anti-government protests, has sought to style himself as a progressive voice against nationalism. His centrist party La République En Marche is narrowly ahead of Marine Le Pen’s far-right National Rally in French polls – a re-run of his face-off with Le Pen in the 2017 presidential election.

Macron also proposed European rules to “banish all incitements to hate and violence from the internet, because respect for the individual is the bedrock of our civilisation of dignity.”

He suggested an overhaul of the Schengen area and a common border force. His insistence on a common asylum policy is in line with the EU’s current plans, but the bloc remains split over a proposal for compulsory refugee quotas. The dispute has frozen progress on a wide-ranging reform of EU asylum laws.

Macron, who has previously stressed that the EU must be seen to protect workers, went further than he has done before in calling for a “social shield” for all workers across the bloc, “guaranteeing the same pay in the same workplace, and a minimum European wage appropriate to each country and discussed collectively every year”.

His call for every country to contribute to “European solidarity” could reopen conflicts between member states.

“Will we be able to look our children in the eye if we do not also clear our climate debt?” he asked, proposing a European climate bank to finance transition to greener policy.

French officials said Macron’s proposals were intended to start a debate on measures to take after the European elections.

The French president said: “There will be disagreement, but is it better to have a static Europe or a Europe that advances, sometimes at different paces, and that is open to all?”