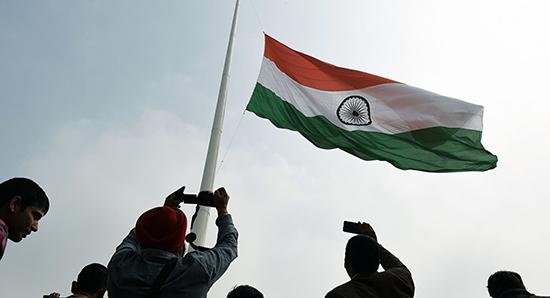 The Indian administration said that Washington’s move will have a minimal to moderate impact on India’s exports to the US. It, however, said that the doors are still open for discussions on the Generalised System of Preference (GSP) programme while asserting that it is ready for a non-GSP regime.

New Delhi (Sputnik): India’s Ministry of Commerce has brushed aside a recent development from Washington seeking to end India’s preferential trade treatment under a GSP programme, saying that the country is unlikely to feel a dent in its exports to the US.

“US intention to discontinue GSP benefits to India will not have a large impact. The effect will be minimal at the least to moderate at the most on India’s export to the US”, said Anup Wadhawan, commerce secretary in the Indian ministry of commerce.

“There were additional requests which could not be accommodated. Concerns were regarding the affordability of medical devices and its fair pricing. Our approach was very balanced we didn’t compromise the public interests aspect of this”, he emphasised.

“Our proposal couldn’t be workable for US as India couldn’t have compromised on affordability of medical devices”, he said.

Talking about the scale of trade and a future course of action Wadhawan said, “Overall trade involved is around $5.6 billion and duty benefits are around $190 million. The government will internally review this issue and come up with a solution”.

US President Donald Trump on Monday sought punitive action against India, arguing before Congress that he intends to delist New Delhi, as well as Ankara, from the Generalised System of Preferences (GSP) programme.

The reason he cited was that India had not been able to assure Washington that it would provide equitable and reasonable access to its markets. This far-reaching move comes at a time when Washington has managed a temporrary truce with China over tariffs.

In a letter, a copy of which was released to the press, the US president talked about keeping a watch over India regarding trade tariffs. “I will continue to assess whether the Government of India is providing equitable and reasonable access to its markets, in accordance with the GSP eligibility criteria”, he said.

On Saturday Trump accused India of being a very high tariff nation and said that he sought reciprocity on taxation.

“India is a very high-tariff nation. They charge us a lot”, Trump said in a two-hour-long address to the Conservative Political Action Conference (CPAC) in Washington DC. “So, I want a reciprocal tax or at least, I want to charge a tax. It’s called the mirror tax, but it’s reciprocal”.

Last November, the Trump administration withdrew duty-free concessions under the GSP on the imports of at least 50 Indian products, mostly from the handloom and agricultural sectors. The Trump administration started reviewing the GSP programme after two petitions filed by American lobby groups — the dairy industry and the medical equipment sector earlier this year. Both sectors had been lobbying aggressively after the Indian government, last year, imposed a price cap on coronary stents and other medical equipment to make health treatment cheaper for ordinary consumers.