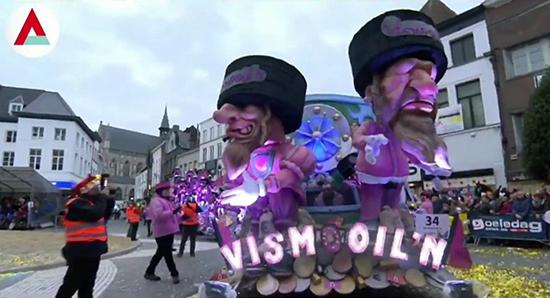 People are bombarding social media with furious messages after seeing photographs from an annual Belgian carnival recognised by UNESCO as a Masterpiece of the Oral and Intangible Heritage of Humanity.

Social media users were shocked and appalled to see grotesque puppets of Orthodox Jews in pink suits and giant hats, and a rat atop money bags at the world-famous Aalst Carnival in Belgium.

Many accused Belgium of showing the “ugly face of anti-Semitism”, while several groups representing Flemish and French-speaking Jews in the country complained to the federal UNIA watchdog: “In a democracy like Belgium, there is no room for such things, carnival or not”.