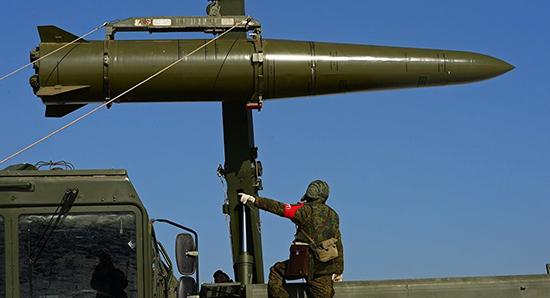 WASHINGTON (Sputnik) – Russia may be forced to deploy missiles capable of striking the entire European continent if the United States deploys such weapons in the region, Russian Ambassador to the US Anatoly Antonov said during remarks at the Stimson Center in Washington, DC.

“We are very much concerned that after the decision of the United States to withdraw from INF, missiles could be deployed on the territory of European allies,” Antonov said on Monday. “We will be forced to deploy our missiles, and here you will see that the whole territory of European countries will be covered.”

“Many times on many occasions we tried to persuade our American colleagues to cooperate together,” Antonov said. “I am sure that we are doomed for cooperation in this sphere.”

The US State Department said in December that Deputy Secretary of State John Sullivan and Russian Deputy Foreign Minister Oleg Vladimirovich Syromolotov agreed during talks in Vienna that US and Russian experts would meet in the future to discuss whether further cooperation on counterterrorism is possible.

Relations between the United States and Russia have been at what officials from both nations have characterized as the lowest point since the Cold War. The deterioration in relations follows Washington’s allegations that Moscow had interfered in the 2016 US presidential election.

Russia has repeatedly denied the allegations, saying they were invented to excuse an election defeat of a presidential candidate as well as deflect public attention from actual instances of election fraud and corruption.

In recent months, Russian Deputy Foreign Minister Sergey Ryabkov and US Undersecretary of State Thomas Shannon have carried out several rounds of talks on strategic stability, improvement of bilateral relations and issues related to Russian diplomatic property in the United States during their meetings.