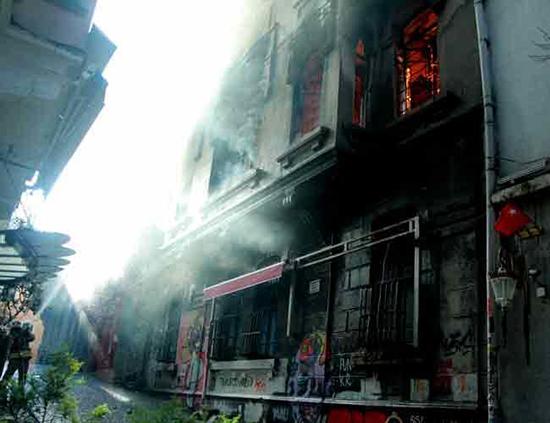 A suspect has been detained in connection with the fire in Istanbul’s Beyoğlu district that killed four and injured one.

The suspect was arrested in the southern province of Hatay – some 800 kilometers (about 500 miles) from Istanbul – over the fire in a five-story building in the city’s historic Beyoğludistrict, said the Istanbul Governor’s Office on March 4.

26-year-old suspect, who was detained at the airport in Hatay, told police officers that it was him who started the fire but he had no intention to harm anyone.

The suspect, who was recently fired from his job, felt offended after arguing with his housemates who were also his former co-workers at the same restaurant, he told the police.

He had bought a ticket to his hometown Hatay before the day of the incident, he said.

“I was under constant psychological pressure from Ramazan Demir, who survived with injuries. He used to swear at me. We were hostile at each other. I saw that he had thrown my stuff out of the house. I was angry. I put newspapers on the couch he was sleeping and set them alight,” he added.

He also said said that he only wanted to intimidate his friends and called the fire service when he noticed the spread of fire.

The suspect was brought to Istanbul for a judicial interrogation.