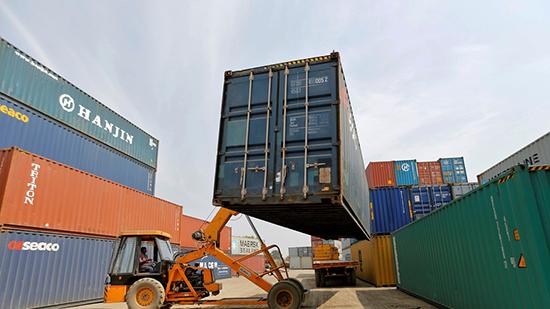 US President Donald Trump has announced his intention to end preferential trade treatment for India, accusing New Delhi of failing to convince Washington it will provide “equitable and reasonable” access to its markets.

“I am providing notice of my intent to terminate the designation of India as a beneficiary developing country under the Generalized System of Preferences (GSP) program,” Trump said in a letter to Congress on Monday.

I am taking this step because, after intensive engagement between the United States and the Government of India, I have determined that India has not assured the United States that it will provide equitable and reasonable access to the markets of India.

The move to end India’s participation in the Generalized System of Preferences (GSP) program has been in the works since at least April 2018, after Washington launched a review into New Delhi’s eligibility for the program. All this time Trump has been accusing New Delhi of taking advantage of the arrangement, under which it enjoys zero tariffs on $5.6 billion of exports to the United States.

“India is a very high tariff nation,” Trump told the Conservative Political Action Conference on Saturday. “When we send a motorcycle to India, they charge 100 per cent tariff. When India sends a motorcycle to us, we charge nothing.”

I want a reciprocal tax, at least I want to charge a tax.

Bilateral trade in goods and services between India and the US has tripled over the last decade and reached $126 billion in 2017. Despite good relations with the South Asian country, Trump has repeatedly made clear he sees the $27 billion trade deficit as “unfair.”

The US-Indian tensions escalated in June last year, when Washington slapped the country with 25 percent tariffs on steel and 10 percent levies on aluminum. In response, New Delhi accused Washington of unfair trade practices and threatened to retaliate by slapping tariffs on $1.4 billion of US goods. Further deterioration of the cozy trade relationship with Washington could prove problematic for India, for which the US serves as its second largest export market with 16 percent.