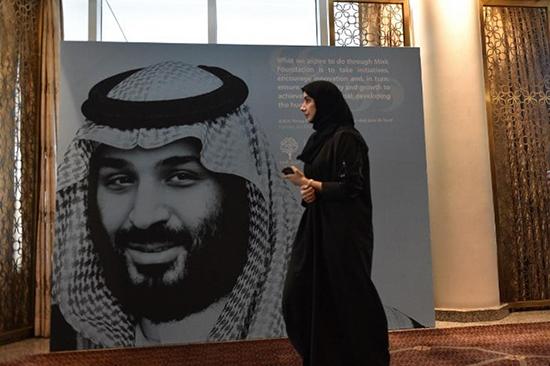 Saudi Arabia has pursued a policy of silencing activists though its ambiguous counter-terrorism laws, UN human rights experts have said.

Their comments were made at a panel event entitled “Saudi Arabia – Time for Accountability”, which was held on Monday on the sidelines of the UN Human Rights Council.

The country’s counter-terrorism laws and regulations are “unacceptably wide and unacceptably vague”, said Fionnuala Ni Aolain, UN special rapporteur on the Promotion and Protection of Human Rights and Fundamental Freedoms while Countering Terrorism.

“It includes people who are engaged in promoting or inciting sit-ins, protests, meetings or group statements. Anyone who harms the unity or stability of the kingdom by any means. These are notoriously slippery terms,” she said.

“These laws are used to directly attack and limit the rights of prominent human rights defenders, religious figures, writers, journalists, academics, civil activists and all of these groups have been targeted by this law,” Ni Aolain said.

Michel Forst, UN special rapporteur on the situation of human rights defenders, said he has been in touch with Riyadh for the past year since its “crackdown” on activists.

“Worrisome for me is the targeting of women human rights defenders,” he said.

The kingdom’s public prosecutor has begun preparing the trials of detainees, identified by watchdog groups as women’s rights activists, after completing its investigations, state news agency SPA said on Friday.

On Friday also, Prisoners of Conscience, an organisation that promotes human rights in Saudi Arabia, said on Twitter that the case involves individuals who were arrested for promoting women’s rights.

Those concerned are not just women involved in the right to drive movement, “but also all kinds of women”, Forst said, adding: “All arrests involved incommunicado detention at undisclosed locations.”

Abdulaziz M.O. Alwasil, Saudi Arabia’s ambassador to the UN in Geneva, told the Human Rights Council last Friday: “The kingdom heeds in its measures all international and national standards related to human rights.”

Its counter-terrorism measures are based not only on security measures, but take into account legal and other necessary aspects to deal with terror suspects, he claimed.

At Monday’s panel, Saudi and other campaigners called on the kingdom to release defenders whom they said were unjustly held, naming rights lawyer Walid abu al-Kahir, poet Ashraf Fayadh and women activists including Loujain al-Hathloul and Israa al-Ghomgham.

“Some are leaders of famous campaigns like the right to drive and abolishing male guardianship. These attacks are designed to mute their voices and dismantle the movements in the country,” said Zaynab al-Khawaja of the Gulf Centre for Human Rights.

Issuing her group’s report on alleged torture in Saudi Arabia, she said: “We highlight some of the torture methods that are being used in Saudi Arabia – electrocution, flogging, sometimes whipping, on the thighs for example, sexual assault where some women human rights defenders have been stripped, have been groped, have been photographed naked, some while handcuffed, and others while blindfolded.”

Omaima al-Najjar, a Saudi blogger living in exile, voiced concern for at least 18 women she said had been charged.

“I’m concerned that those women, if there is no international pressure, will end up spending the rest of their lives in prison, if not executed.”

In early February, a panel of British MPs and lawyers investigating the detention of the Saudi women’s rights activists concluded that their treatment could constitute torture under local and international law.

In a report published by the Detention Review Panel, they said that the activists had been treated in a way that was “cruel, inhumane and degrading” and that “Saudi authorities at the highest levels could be responsible for the crime of torture”, MEE reported at the time.

Dozens of other activists, intellectuals and clerics have been arrested separately in an apparent bid to stamp out opposition to Crown Prince Mohammad bin Salman, who has consolidated power in the Gulf country.