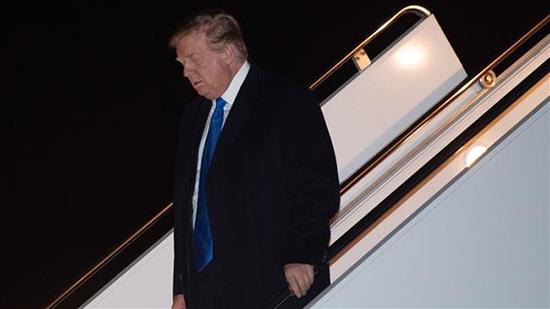 The US Congress is set to hand President Donald Trump yet another embarrassing defeat as the opponents of his national emergency declaration are said to have gained the necessary votes in the Republican-led Senate to block it.

Nearly a week after the Democratically-controlled House of Representatives voted to revoke Trump’s announcement, new reports from Capitol Hill on Monday indicated that the controversial measure stood no chance in the Senate either following a number of surprising Republican defections.

Senator Rand Paul, who has backed Trump on many issues, has been the fourth Republican to cross the party lines and join the supporters of a resolution that argues Trump is exploiting his powers.

“By my count, I’ve had at least 10 people coming up to me saying they will vote to disapprove on this,” Paul told reporters, referring to his GOP colleagues.

“I can’t vote to give the president the power to spend money that hasn’t been appropriated by Congress. We may want more money for border security, but Congress didn’t authorize it. If we take away those checks and balances, it’s a dangerous thing,” Paul said while speaking at the Southern Kentucky Lincoln Day Dinner.

He drew an analogy between Trump’s move with former President Barack Obama’s attempts at using executive orders to bypass Congress.

“Every single Republican I know decried President Obama’s use of executive power to legislate. We were right then. But the only way to be an honest officeholder is to stand up for the same principles no matter who is in power,” Paul wrote on Twitter.

If all of the Senate 47 Democrats support the measure as expected, four Republicans defections give them the 51-vote simple majority needed to approve it.

However, McConnell acknowledged Monday that the Senate was going to pass the resolution disapproving it.

Trump was forced to declare a national emergency after Democrats refused to include $5.7 billion he had requested for a border wall in the spending bill for the 2019 fiscal year.

He had originally planned to get the money by partially shutting down the government for 36 days – longest in US history — but the Democrats made it clear that they would not give him the money.

To avert a second shutdown, Trump agreed to sign a new spending bill which only allocated $1.3 billion for border barriers.

The emergency declaration, however, gives the president the authority to shave off at least $3 billion from the military budget to build the wall.

Trump has already vowed to veto the resolution if it ever passes Congress. This will be the Republican head of state’s first use of the veto power after entering the White House in January 2017.

During last week’s vote at the House, 13 Republican lawmakers joined with Democrats to vote 245-182 in favor of the resolution blocking the emergency.

Despite being in majority, however, the opponents of the national emergency have yet to shore up the two-thirds majority required to overturn a presidential veto.

Pelosi: Dems to keep fighting Trump if he uses veto

House Majority Leader Nancy Pelosi said Monday that even if Trump was to veto the measure, she would use everything in her power to continue the fight.

She said Trump’s declaration was “undermining our system of checks and balances.”

Trump’s decision has already hit several legal barriers, as a number of landowners have sued him after learning that their lands would be used to for the wall project.

A coalition of 16 US states, led by California, has also filed a lawsuit in US District Court for the Northern District of California to block the national emergency declaration.

Upon signing his national emergency directive, Trump predicted that he was going to face many legal challenges but would emerge victorious in the end by taking the matter to the Supreme Court, where conservative judges hold a 5-4 majority.