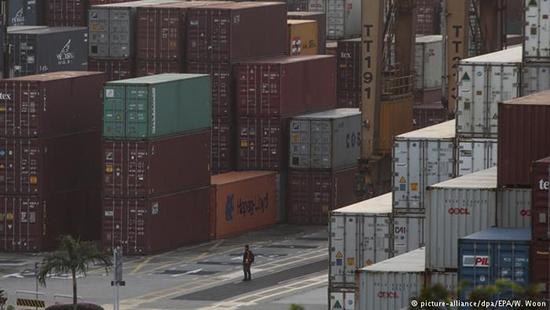 US President Donald Trump moved to end Washington’s preferential trade treatment for India and Turkey, affecting billions in exports. India has failed to assure the US on “equitable” access to Indian markets, Trump said.

India and Turkey are set to lose their preferential trade treatment with the US, according statements from the White House on Monday.

“I am taking this step because … I have determined that India has not assured the United States that it will provide equitable and reasonable access to the markets of India,” Donald Trump said in a letter to leaders of US Congress.

Washington intends to terminate Turkey’s preferential status because it is “sufficiently economically developed” and no longer qualifies, according to the US Trade Representative’s office. Since starting in the program in 1975, Turkey has shown a growth in income per capita, reduced poverty, and diversified exports, officials said.

India vs US giants

In February, India stated enforcing new rules on e-commerce in an attempt to shield domestic traders from foreign-based business giants. The rules caused severe disruptions for Amazon and Flipkart, which is majority-owned by the US retail giant Walmart.

Last year, New Delhi ordered Visa and Mastercard to store their data on transactions involving subjects in India solely on Indian servers. US firms have opposed such legislation in various parts of the world. India also boosted tariffs on electronics and smartphones. Previously, the Trump administration imposed tariffs of 25 percent on steel and 10 percent on aluminium imported from India.

The move can only take effect 60 days after the notifications to Congress and the Indian government, and it also requires a presidential proclamation, the trade officials said.

In his letter, Trump said he would “continue to assess whether the Government of India is providing equitable and reasonable access to its markets,” under the terms of the program.

An Indian official cited by Reuters said that the “actual benefit” from the program to the Indian economy was only $250 million per year.

“GSP is more symbolic of the strategic relationship, not in value terms.”

The latest move comes as the US is negotiating with China over Trump’s trade concerns, including a massive trade deficit.