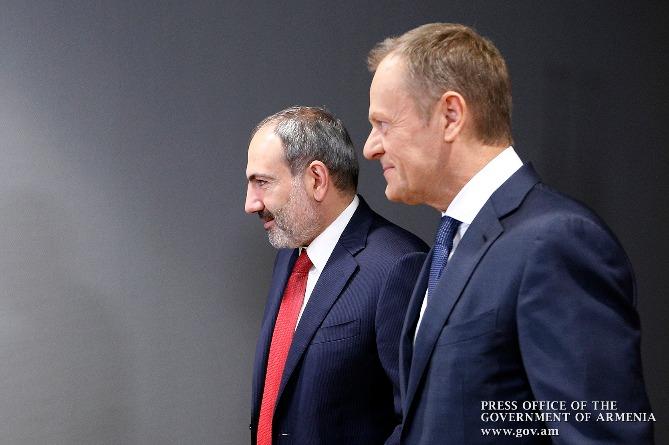 It quoted Pashinyan as saying that Armenia is ready to make efforts to enrich the cooperation with the European Union and EU member states with new ideas and initiatives.

Pashinyan said that relations with the EU are one of the priorities of Armenia’s foreign policy, describing EU as a reliable partner for Armenia, the development of cooperation with which becomes more important in the context of democratic reforms in the country.

The head of the Armenian government said also that Armenia will not deviate from the declared democratic agenda. The assistance of the European Union in many areas is very important for the country, he said.

The Prime Minister also touched on the process of visa liberalization between Armenia and the EU, saying that this will be an additional incentive for the development of cooperation.