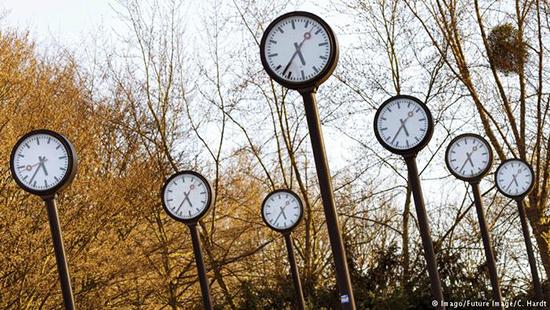 The EU is set to end daylight savings time in 2021, at least in some states. The European Parliament has taken another step towards freeing members of the bloc from the mandated change, but why is it taking so long?

Time is up for European Union-mandated daylight savings time. The European Commission and European Parliament have agreed on that. All the relevant committees in Parliament are for the change, according to Germany’s conservative Christian Democrat (CDU) MEP Peter Liese, who has devoted a lot of time to the issue.

Now that the lead committee on transport and tourism has given its blessing, by a large majority, EU lawmakers could vote on the change by the end of March. After that, all 28 member states will need to rubberstamp the ruling.

European Commission President Jean-Claude Juncker’s brash statement back in September, asserting that the amendment would go ahead quickly, has proven to be premature. At the time, Juncker was referring to an overwhelming response to an EU online survey, where an unexpected 80 percent of respondents said the practice of changing the clock twice a year was outdated.

But the survey was not representative, with 3 million of the 4.6 million votes coming from Germany. This led to diplomats from smaller EU countries complaining behind closed doors that the European Commission wanted to impose German will on the other states through sheer populism.

Juncker was keen to abolish the twice-yearly time shift by spring, probably so he could claim, before European Parliament elections in May, that the will of the people had been reflected. But some member states demanded a transitional period up to 2021.

Good things come to those who wait, it seems, especially in the EU. As a compromise for the repeal of the “Directive on summer time,” spring or autumn in 2020 has now been suggested.

This means that by June EU states will have to draw the lines for each time zone and decide what time those places will set their clocks to, and when.

Some EU members — including the United Kingdom, Greece and Portugal — want to stick to the old rules and continue to switch between summer and winter time through the year.

Cyprus, the Netherlands, Denmark, France and Ireland have not decided. The other states want to get rid of the twice-yearly change, but still have to decide which time will apply.

“You need time to give the member states the opportunity to coordinate. It is really important that we don’t have a total patchwork,” German MEP Peter Liese, told DW. In the future, if you drive from Hamburg through the Netherlands and Belgium to France, you should only have to change the clock once, at most, not three times, Liese said. Airlines, railways and transport companies would have to make adjustments. “But you don’t need two years for that. It will be faster,” he said.

To be on the safe side, the European Parliament is calling for a “coordination network” of member states and, of course, an ombudsperson. It remains to be seen whether chaos will actually break out when the EU no longer sets the clock. As it stands, mandated EU-wide summer time has only existed since 2002.