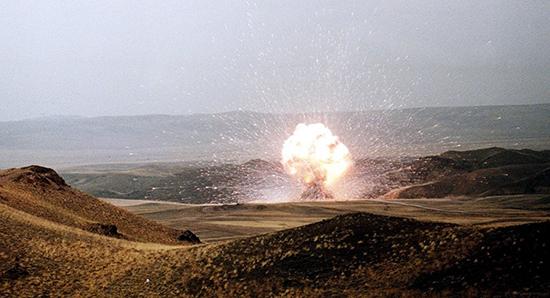 WASHINGTON (Sputnik) – The European member nations of NATO are as much to blame for the destruction of the intermediate Nuclear-Forces (INF) Treaty as the Trump administration, former United Nations Chief Weapons Inspector on Iraq Scott Ritter told Sputnik on Tuesday.

“Europe is as much to blame for the demise of the INF Treaty as is the US,” Ritter said. “NATO’s slavish echoing of the US accusations void of any demonstrable proof that the US claims had any validity provided the diplomatic cover the US needed to proceed to withdraw from the treaty.”

On Monday, the Kremlin press service said that Russian President Vladimir Putin had signed a decree suspending Russia’s obligations under the INF Treaty until the United States resumes its compliance with the agreement. Putin’s decree came into effect on the day it was signed.

The United States formally suspended its obligations under the INF Treaty last month and gave Russia six months to comply with its demands, prompting Russia to do the same.

Putin said Moscow did not want a costly arms race but ruled out any new talks on arms controls, saying all earlier proposals remained on the table.

Ritter pointed out that the Trump administration had falsely accused Russia of being in violation of the INF Treaty.

“The US demands vis-à-vis the 9M729 missile were unreasonable. The missile had not been demonstrated to be in violation of the INF Treaty. US accusations were not backed up with any evidence that corroborated the claimed violations,” he said.

There were measures that could have been taken to ascertain whether the 9M729 was in compliance with the INF Treaty, such as a technical inspection of the missile itself, Ritter pointed out. However, the US government refused to pursue those options, he said.

Instead, the US government declared “the Russians to be non-compliant, and demanding that the 9M729 be destroyed. This was an unrealistic and unreasonable demand, purposefully designed to prompt a Russian refusal and as such trigger a US withdrawal — which was the goal all along,” he said.

The US already had the physical infrastructure in place to deploy INF systems in Europe. The Mk 41 Aegis Ashore sites in Poland and Romania could be modified to fire Tomahawk cruise missiles with little effort, Ritter pointed out.

“It seems NATO has little or no institutional memory … NATO doesn’t seem to have woken up to this reality, and the fact that these facilities are in two nations that welcome this kind of anti-Russian provocation means that local protests are unlikely,” he said.

If the US seeks to develop a new INF-type system along the lines of the former Pershing II missile, then the issue will become more complicated, Ritter cautioned.

“It is unlikely any European nation would allow a new INF system to be deployed on its soil, and the consensus-driven reality of NATO is such that getting unanimous consent for such deployment is unlikely,” he said.

Europe was given a reprieve from the reality of living under the threat of imminent nuclear destruction by the INF Treaty, but that era has now ended, Ritter warned.

“Now they will once again know what that nightmare is like. Europe will need to relearn the lessons from the 1980s. The INF Treaty was a unique agreement forged out of the reality of US-Soviet arms control talks during the height of the Cold War. This environment is not likely to be replicated,” he said.

It was unrealistic to think the INF Treaty could be brought back to life, Ritter explained.

“Any effort to create a new treaty vehicle involving China, India, Pakistan, etc. would have to be linked to US and Russian strategic weapons as well. This kind of broad-based multilateral approach to nuclear arms control is virtually impossible to consider under current global conditions,” he said.

Moreover, without the INF Treaty, it is likely that the New START Treaty will be scrapped as well, Ritter pointed out.

“There is not the kind of diplomatic foundation for meaningful arms control talks between Russia and the US, and one is not likely to exist while Trump remains president,” he said.

Ritter was one of the first INF inspectors and was assigned to the Votkinsk Portal Monitoring Facility from June 1988-July 1990. He also carried out other INF inspections, as well as handled other treaty-related tasks.

More students to begin in-class education in Turkey in November