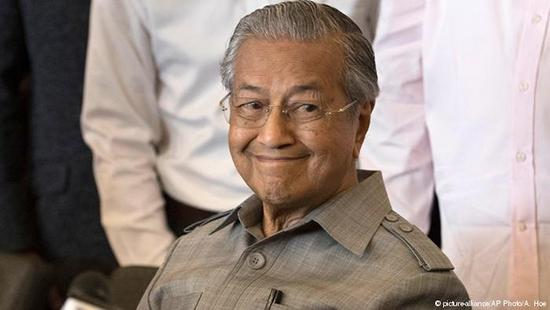 Democracy is a form of government that thrives on change. It is also not tied to any one ethnicity or religion. The country of Malaysia is a shining example of this, writes Alexander Görlach.

Malaysia saw a change of government last year for the first time in 61 years. This is actually good news for a democracy, because as every introduction to this form of government teaches, it involves the peaceful transfer of power from one party to another.

In Mexico, for example, after the civil war in the 1920s, the social democratic PRI ruled continuously until 2000, when Vincente Fox of the conservative PAN was elected president. When a party and its representatives have been in power for several generations, the parameters of democracy become blurred beyond recognition.

Malaysia is a special case in point: Mahathir Mohamad, who was the country’s prime minister from 1981 to 2003, returned to politics last year after a corruption scandal involving his successor Najib Razak —but in a new party founded in response to the scandal. At the age of 93, Mahathir is not only the world’s oldest head of government, he is also the first to return to office after a long break and in another party.

Many of the challenges Mahathir now faces originated during the long period his former party was in power: In his absence, freedom of the press was radically restricted to prevent coverage of his corruption scandal. The laws were repealed after Mahathir returned to politics.

Britian’s Guardian newspaper called the country a “beacon of hope” for press freedom throughout the region back then. Until a few years ago, this was the Philippines, but under current President Rodrigo Duterte, the nation has now become a nightmare for human rights and freedom of the press.

Anyone talking to journalists in Malaysia gets the impression that civil society has been strengthened by the corruption scandal that shocked many people in the country. The internet and social media mean that reports of misconduct by government officials can no longer be suppressed as they were in the past.

No wonder countries like China are anxious to control the internet or to seal it off from the rest of the world. In China, this goes so far as to modify online encyclopedias or other works considered dangerous to cement the party’s historical image. If this succeeds permanently, China could become more like North Korea.

What makes the development of democracy in Malaysia particularly interesting is that it is a country with a Muslim-majority population. In Western countries there is often a prejudice, fueled by populist forces, that “Muslims cannot do democracy.”

That is nonsense, of course. Democracies extend from Australia to Japan, South Korea and Taiwan, Malaysia, Europe and the two Americas. It is practiced by people of all ethnicities and religions. The assertion that one or the other is unable to do so —or, like China’s President Xi Jinping was not even embarrassed to say, that the Han Chinese do not need democracy at all because of their ethnicity and Confucian doctrine —serves only to consolidate and exercise autocratic rule. Malaysia therefore hopes to inspire other countries in the region with its new power to shine.

Alexander Görlach is a senior research associate at the Institute on Religion and International Studies at the University of Cambridge as well as senior fellow at the Carnegie Council for Ethics in International Affairs and honorary professor for ethics and theology at the University of Lüneburg. He has also held a number of scholarly and advisory positions at Harvard University. He holds PhDs in comparative religion and linguistics and is a guest columnist for several publications including Deutsche Welle, The New York Times, Swiss daily Neue Zürcher Zeitung and business magazineWirtschaftswoche.