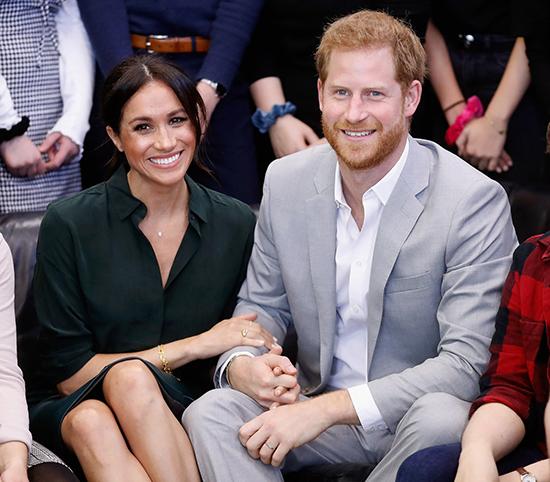 It’s been a busy few weeks for the Duke and Duchess of Sussex. First, there was the Duchess’s glamorous baby shower in New York City. Then, a whirlwind royal tour of Morocco, where they visited schools, cooked, and attended diplomatic receptions.

So this weekend, it was time for a good old-fashioned London date night.

Prince Harry and Meghan Markle went to a performance of Tina: The Musical, which is about the life of Tina Turner. “We were thrilled and honoured to welcome The Duke and Duchess of Sussex to #TinaTheMusical on Saturday for a private visit,” read the show’s Instagram account.

The royal couple are big theater geeks: they’ve seen Hamilton (twice), and early on in their relationship, reportedly went to a performance of The Curious Incident of the Dog in the Night-time. It’s a natural activity, considering Meghan’s background as a professional actor and university theater major.

With her due date fast approaching, Prince Harry and Meghan Markle will likely be staying close to home in the next few months. However, they’re keeping busy: the Duchess will participate in an International Women’s Day Panel on March 8, and Prince Harry also has scheduled royal engagements.

Plus, their move to Frogmore Cottage is said to take place in the next few weeks.

Frogmore Cottage, on the grounds of Windsor Castle, underwent a renovation to make it fit for the Sussex family. Some of the updates? An eco-friendly nursery, smart home gadgets, and art from the Queen’s collection.

Sounds like the Spring 2019 will be full of big changes for the royal couple.