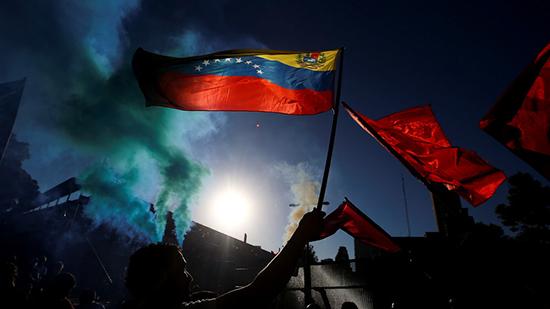 As the US pushes for regime change in Venezuela, Caracas has moved closer to Moscow. Despite US claims that Russia threatens world democracy, analysts say it’s Washington which is responsible for neglect to international law.

There is “no time to wait” when it comes to the process of moving Venezuela’s state oil company PDVSA from Lisbon to Moscow, Venezuela’s ambassador to Russia Carlos Rafael Faria Tortosa told reporters on Tuesday, just days after the PDVSA move was announced by Vice President Delcy Rodriguez. He said it was the “perfect time” and reflected the “reshaping” of Venezuela’s international relationships.

Moscow, certainly, will be glad to host Manuel Quevedo. It has also been quick to offer humanitarian aid to Venezuela. The deliveries of Russian aid through channels like the UN and World Health Organization (WHO), however, stand in stark contrast to recent US attempts to illegally push ostensible humanitarian aid into Venezuela over the Colombian border — an effort which was not supported by the UN or the Red Cross, and which Caracas described as “a Trojan horse” to potentially smuggle weapons to opposition forces in the country.

Despite all this Washington doesn’t recognize that it violates international law making. Instead, Moscow is responsible for different “international interventions” and threatening democracies worldwide, as US Secretary of State Mike Pompeo said during his latest tour of Europe.

Washington is leading a “revolution against international law and against international order,” with its calls for regime change and efforts to oust President Nicolas Maduro in favor of pro-US opposition leader Juan Guaido, former UN rapporteur to Venezuela and professor of law Alfred de Zayas told RT.

Secretary General of the United Nations Antonio Gutierrez should “remind” the Lima Group of Western Hemisphere countries that US actions in Venezuela violate “articles 3, 19 and 20 of the Charter of the Organization of American States”(OAS) and that the charter should be “rigorously observed,” De Zayas said.

The OAS charter holds that no state has a right to intervene “directly or indirectly, for any reason whatever, in the internal or external affairs of any other State.” Neither can any member state “encourage the use of coercive measures of an economic or political character in order to force the sovereign will of another State.”

The violation of the charter has been “so crass and so obvious that you wouldn’t think that you would have to remind the Lima Group of it, but they seem to be caught in their own web,” de Zayas said.

No revolution of the people?

In spite of Washington’s best efforts, Maduro still enjoys the support of millions of Venezuelans who regard Guaido with suspicion, political analyst and editor at Venezuelanalysis.com Lucas Koerner told RT.

“There was an expectation that the Maduro government was going to come crashing down like a house of cards the moment the US and its allies recognized Guaido,” as interim president, Koerner said.

Five weeks later, the two countries are in an “awkward standoff” because Guaido has no real power in Venezuela, but Washington can’t backtrack having already dramatically declared him the legitimate president, Koerner said.

While the US political and media establishment make a big deal out of Venezuela’s military ties with Russia, those ties were partly the result of economic stonewalling and US pressure on Caracas going back to 2006, according to Koerner. That’s when the Bush administration prohibited the sale of spare parts for Venezuela’s fleet of [US built] F-16 aircraft, which“forced Venezuela to go to Russia to purchase the Sukhoi model aircraft which they currently are employing.”

“It’s important to note that it was US pressure on Caracas which effectively pushed Venezuela to seek these kinds of alliances” with countries like Russia and China, Koerner said.

He ruled out direct US military intervention just yet, saying it is likely that for now Washington will continue to pressure Caracas in other ways, focusing on stepping up sanctions and trying to “foment military insurrection” instead.