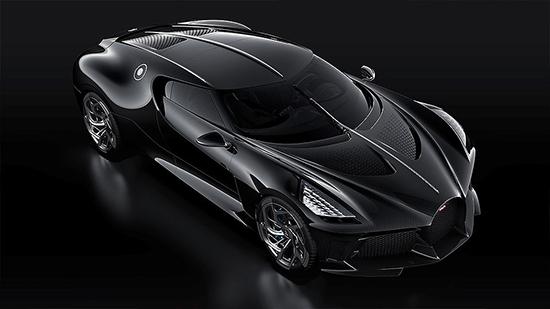 Luxury automaker Bugatti had barely unveiled its new sports car when the vehicle was purchased by a mystery buyer for an unprecedented €16.7 million ($19 million).

The new supercar, named La Voiture Noire, was publicly debuted on Tuesday at the Geneva International Motor Show in Switzerland. The amount spent by an unknown German on the new most-expensive car ever built could buy over 500 Tesla Model 3s.

The automaker produced only one example of La Voiture Noire to celebrate Bugatti’s 110th anniversary.

According to the company, the six-tailpipe “hypercar” is equipped with an eight-liter engine that has 16 cylinders and 1500 brake horse power. The new vehicle is reportedly a homage to Bugatti’s legendary Type 57 SC Atlantic, which was produced in the 1930s.

The company hasn’t revealed the name of buyer who snapped up La Voiture Noire. However, several sources in the industry told CNBC that the luxury auto was purchased by former Volkswagen Group chairman Ferdinand Piech, who is known for his collection of high-performance cars.

According to Bugatti, La Voiture Noire is “more than a modern interpretation” of the old Type 57 SC Atlantic, of which only four units were ever produced. The Type 57 SC Atlantic is seen as the most famous work of Jean Bugatti, the son of the company’s founder, Ettore Bugatti.

The company is also planning to unveil the Chiron Sport ‘110 ans Bugatti’ – a special edition of its famous Chiron model. Just 20 have reportedly been manufactured, and they’ve each sold for €3 million ($3.4 million).